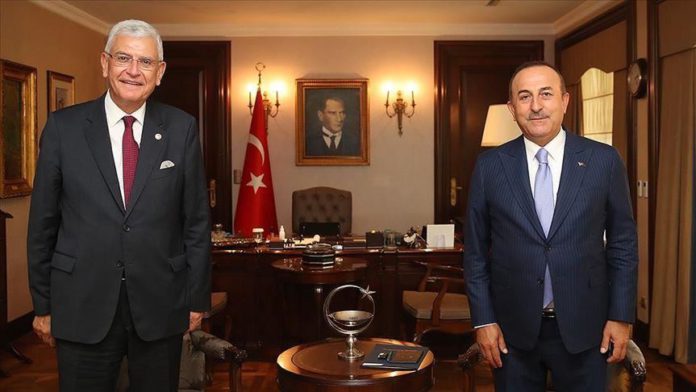 Turkey’s foreign minister on Wednesday met with UN General Assembly (UNGA) President-elect Volkan Bozkir, saying that he was “proud” of him.

“Pleased to host in our Ministry Ambassador @volkan_bozkir, first Turkish citizen to be elected President of UNGA,” Mevlut Cavusoglu said on Twitter.

“Proud of Ambassador Bozkir. Wish him success in this historic assignment. Will strongly support him in all his endeavors. #UNGA75.”

He is currently a ruling Justice and Development (AK) Party lawmaker from Istanbul, and the head of parliament’s Foreign Affairs Committee.

He was first elected to the Turkish legislature in 2011 following nearly 40 years in foreign service that included posts in Germany, New York, Baghdad and Romania.

He also served as Turkey’s minister for EU affairs, and chief negotiator for EU accession between 2014 and 2016.

The UNGA is the main deliberative, policymaking and representative organ of the UN. It provides a forum to discuss all international affairs for all its 193 member states. Its 75th session will open on Sept. 15, 2020.