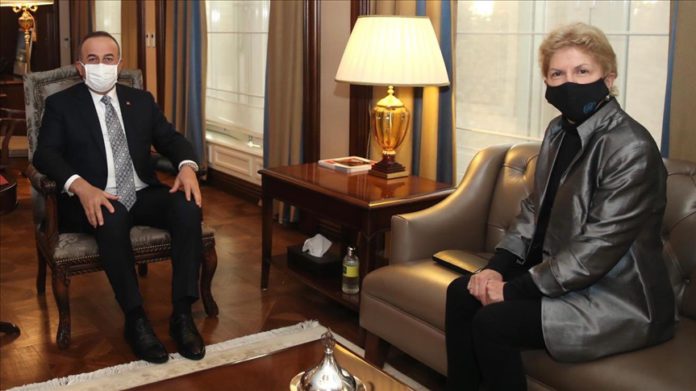 📌Stated to Jane Holl Lute, #UN’s Senior Official on #Cyprus, that federation project is no longer sustainable.
📌In line with realities on Island Turkish side promotes two-state settlement based on equal sovereignty.
📌Common ground should be reached for new negotiation process. pic.twitter.com/Hxtr3O3jlJ

Cavusoglu said the Turkish side promotes a two-state settlement based on equal sovereignty in line with the realities on the island.

Common ground should be reached for a new negotiation process to be launched, he added.