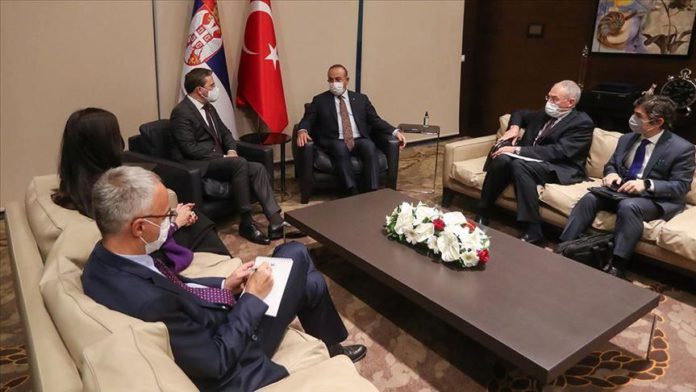 The Turkish foreign minister expressed hope that justice will be done and that Turkey will continue to support Kosovo.

Earlier in the day, Kosovo’s President Hashim Thaci announced his resignation after a war crimes indictment prepared by the Kosovo Special Prosecutor in The Hague was accepted by the court.

Writing on Twitter about his meeting with the top Serbian diplomat, Cavusoglu said he once again congratulated Selakovic over his appointment as foreign minister.

“[We] discussed preparations of 3rd High Level Cooperation Council [meeting]. [We] will further our cooperation in economy, transportation & education,” he said.

The three officials will attend the South East European Cooperation Process (SEECP) Informal Meeting of the Ministers of Foreign Affairs to be held in Turkey’s Mediterranean province of Antalya on Friday.

India hits out at China over Jammu and Kashmir comments