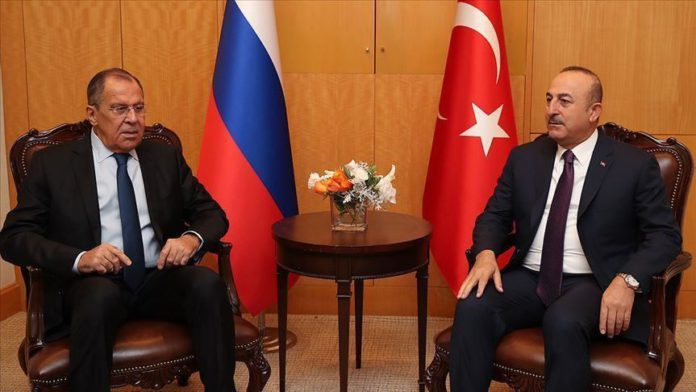 Turkey’s foreign minister held separate phone talks with his Russian and Azerbaijani counterparts on Thursday, according to diplomatic sources.

Mevlut Cavusoglu discussed with Russia’s Sergey Lavrov the Upper Karabakh dispute as well as Armenia’s violation of the cease-fire and attacks on Azerbaijani civilians.

He also discussed the Upper Karabakh issue with his Azerbaijani counterpart Jeyhun Bayramov.

This came hours after three people were killed and five others injured when Armenian forces targeted civilians at a funeral in the city of Terter, western Azerbaijan.