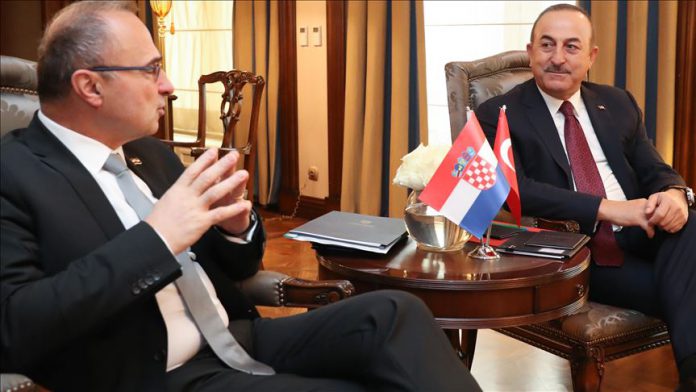 Foreign Minister Mevlut Cavusoglu and his Croatian counterpart Gordan Grlic-Radman also discussed the cooperation between Turkey and the European Union.

Grlic-Radman reportedly thanked Cavusoglu for his expression of solidarity with the government and people of Croatia over a 5.3 magnitude earthquake that struck the capital Zagreb on March 22.