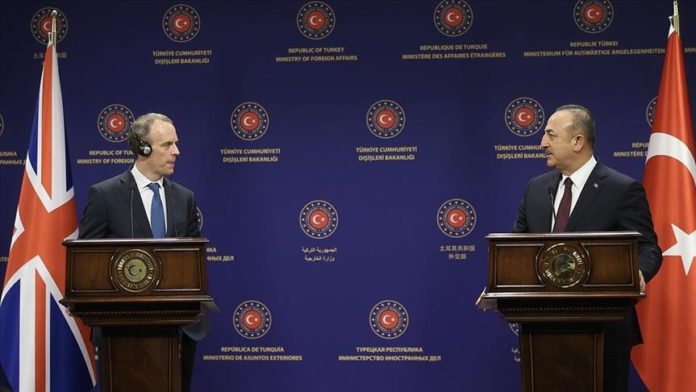 The Turkish foreign minister on Wednesday spoke with his British counterpart over the phone, according to diplomatic sources.

The island of Cyprus has been divided into the Turkish Republic of Northern Cyprus (TRNC) in the north and the Greek Cypriot administration in the south since 1974, when a Greek Cypriot coup aimed at Greece’s annexation of the island was followed by violence against the island’s Turks and Ankara’s intervention as a guarantor power.

Turkey has recently stressed that efforts for a “federal” solution to the divided island of Cyprus have proved hopeless and any future talks must focus on two separate, sovereign states on the island.

Cavusoglu congratulated Battsetseg over her recent appointment as the foreign minister of Mongolia.