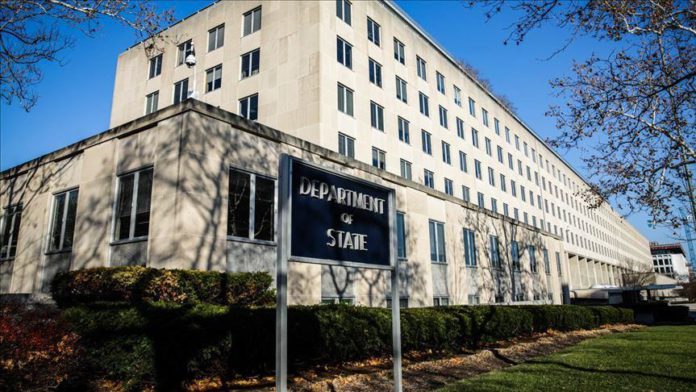 In her resignation letter, which was obtained by The Post, the top African American official said: “The President’s comments and actions surrounding racial injustice and Black Americans cut sharply against my core values and convictions.”

According to the report, Taylor “was viewed as both loyal and effective in serving his presidency.”

From 2017 to 2018, Taylor served as Special Assistant to the President for Legislative Affairs at the White House.

The 30-year-old, the first black woman to serve in the post, took office in October 2018 and is the youngest assistant secretary of state for legislative affairs.

Trump sparked anger amid nationwide protests over the death of George Floyd after tweeting “when the looting starts, the shooting starts.”

Earlier this month, police dispersed peaceful protestors at Lafayette Square to pave the way for Trump to visit St. John’s Church across from the White House for a photo opportunity.

His move infuriated top lawmakers and military leaders, with General Mark Milley, the chairman of the Joint Chiefs of Staff, saying last week that he regretted taking part in the event.

Floyd, 46, an unarmed black man, died on May 25 after being pinned down by a white police officer in Minneapolis, Minnesota after reportedly attempting to use a counterfeit $20 bill at a local store.