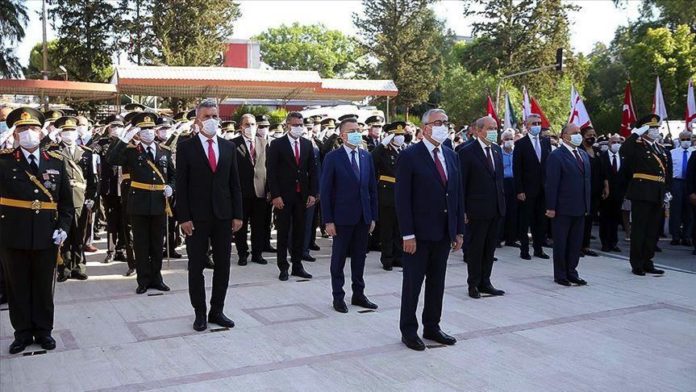 Akinci, writing in the memory book at the event, hailed Ataturk, the founder of Turkey, and said Turkish Cypriots sought a permanent solution to the Cyprus issue with a peace-based approach.

Oktay wrote that Turkey is the guarantor of peace and stability in the region, and both Turks and Turkish Cypriots are deeply connected.

Turkey, he added, is determined to stand behind Turkish Cypriots whenever the need be.

Every year the TRNC celebrates July 20 as its Peace and Freedom Day to mark the operation — a large-scale military intervention to protect Turkish Cypriots from violence that struck the island in 1974.

The island has been divided into a Turkish Cypriot government in the north, and Greek Cypriot administration in the south since a 1974 military coup aimed at its annexation by Greece.