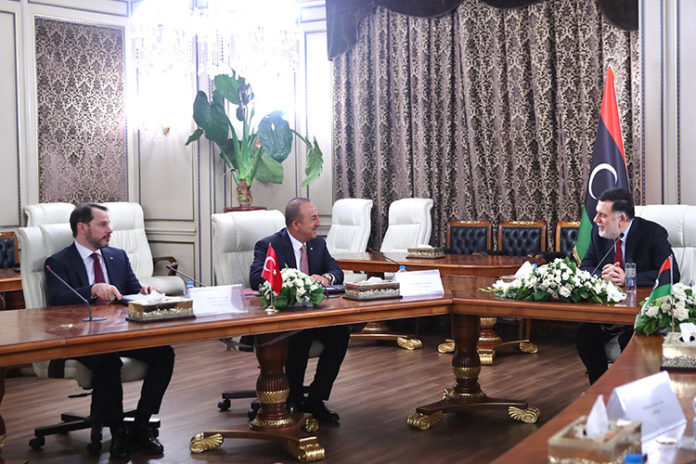 A delegation of senior Turkish officials met with Libya’s premier on Wednesday.