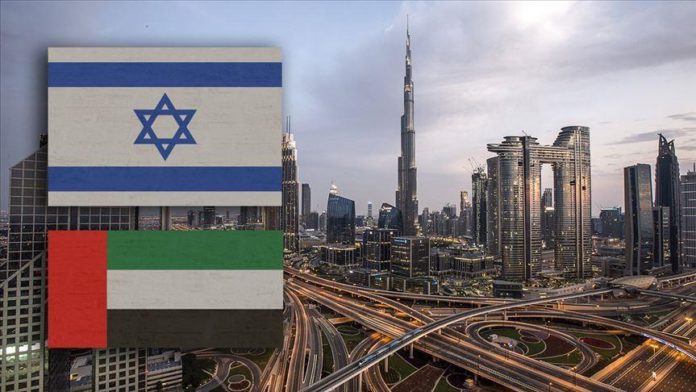 Israel’s top Jewish rabbi inaugurated a Jewish nursery school in Dubai on Sunday and made a special Jewish ritual for the safety of the ruling family in the United Arab Emirates (UAE), according to Israeli media.

The Sephardi Cheif Rabbi Yitzhak Yosef arrived in the Gulf state on Thursday, marking his first visit to an Arab country.

As part of his visit, Rabbi Yosef named Levi Duchman as rabbi of the Jewish community in the UAE, and inaugurated a new synagogue in the capital city of Abu Dhabi, according to the Times of Israel newspaper.

The Jewish rabbi also met with UAE officials, including the ministers of tolerance, culture and health.

According to Israeli figures, some 3,000 Jews live in the UAE, mostly in Dubai and Abu Dhabi.