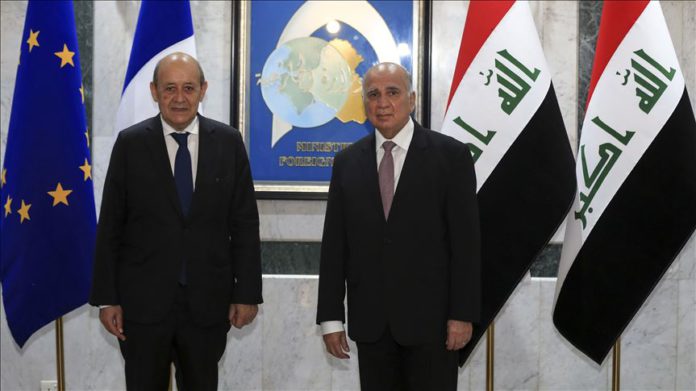 Iraq’s foreign minister met with his French counterpart in the capital Baghdad on Thursday and discussed Daesh/ISIS militants of French origin, who are currently held in Iraqi prisons.

“The reason for our visit to Baghdad is to support the Iraqi government which is currently facing dangers,” France’s Foreign Minister Jean-Yves Le Drian told reporters at a joint news conference with his Iraqi counterpart Fuad Hussein.

“We support Iraqi security forces against Daesh/ISIS terrorist group. We will not compromise against the enemy,” Le Drian added.

In recent months, suspected Daesh/ISIS militants have stepped up attacks, particularly in the area between Kirkuk, Saladin (north), and Diyala (east), known as the “Triangle of Death”.