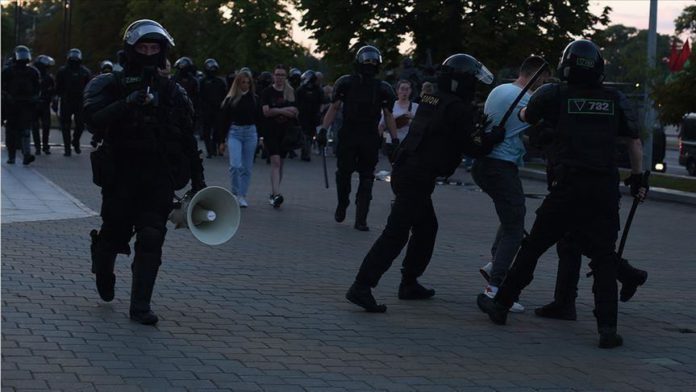 The head of the European Commission has called for sanctions over the violent crackdown on protests in Belarus this week against the presidential election result.

“We need additional sanctions against those who violated democratic values or abused human rights in Belarus,” Ursula von der Leyen, the commission’s president, said in a tweet ahead of the EU foreign ministers’ meeting later on Friday.

The extraordinary ministerial meeting has been called to review latest developments around the world, including the situation in Belarus, Lebanon, Venezuela, and in the Eastern Mediterranean.

She expressed hope that the ministers would demonstrate “strong support for the rights of the people in Belarus to fundamental freedoms and democracy.”

With tens of thousands attending demonstrations throughout the week, the EU repeatedly urged Belarusian authorities to stop their violence against peaceful protesters.

At least two citizens were killed in the protests. According to UN High Commissioner for Human Rights Michelle Bachelet, and at least 6,000 people have been detained so far.

Dirk Shuebel, EU ambassador to Minsk, participated in an event on Thursday to express solidarity with those who suffered violence and harassment during the protests.

The Central Election Commission published the final results on Friday, according to which incumbent Alexander Lukashenko won with 80.1% of the votes, while opposition leader Svetlana Tikhanovskaya was second with 10.12%.

* Elena Teslova contributed to this story from Moscow

Romania: FETO school manager to be tried with bribery