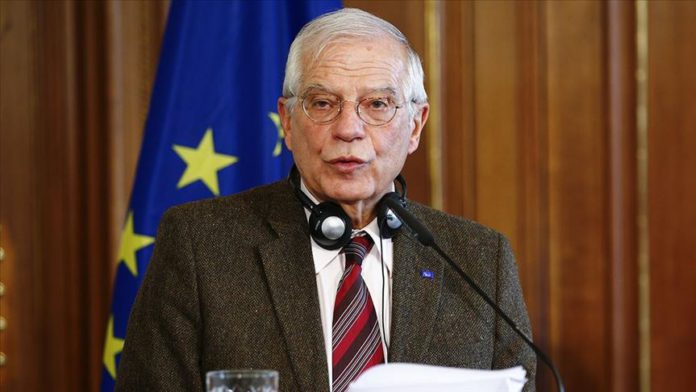 The leaders discussed how to advance with the political process to preserve the cease-fire announced by warring parties last month, Borrell wrote on social media.

Borrell and Sarraj also spoke about resuming negotiations between military delegations of the Libyan government and warlord Khalifa Haftar.

Borrell also mentioned the possibility of lifting the sanctions on oil trade, but he insisted on keeping the UN arms embargo, calling it a key “to bring the Libyan conflict to an end.”

“Libya remains a top priority for EU,” he said, adding that the bloc supports “dialogue and Libyan-led political resolution” under the Berlin process following January’s meeting in Germany.

The Tripoli-based Government of National Accord (GNA) declared a cease-fire on Aug. 21.

The UN-recognized government ordered the military to stop all combat operations, and urged presidential and parliamentary elections in March.

Aguila Saleh, the pro-Haftar head of the Tobruk-based parliament, the next day also called for the cease-fire to be observed.

Libya has been torn by civil war since the ouster of Muammar Gaddafi in 2011. Government efforts for a long-term political settlement failed due to a military offensive by forces loyal to warlord Haftar.

Since last September, several high-level meetings were held in the German capital – known as the Berlin peace process – to put an end to the Libyan conflict, with the participation of France, Italy, Germany, and the UK.

The EU previously called the Berlin peace process and UN-led negotiations the only way to bring an end to the conflict in Libya.

Turkey supports the UN-recognized government based in the capital Tripoli. 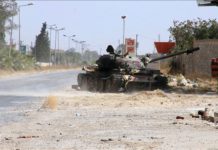