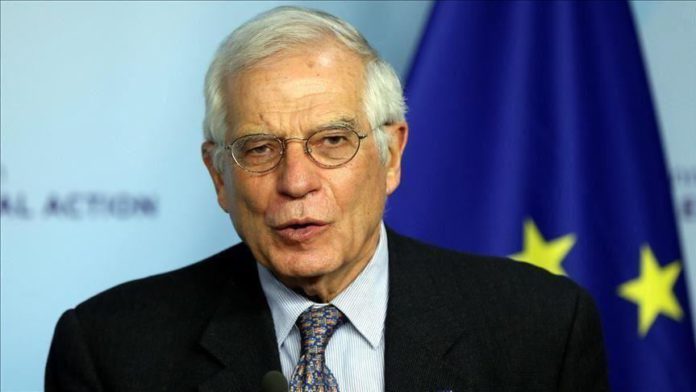 The EU’s foreign policy chief has called for an independent probe to determine the origin of the coronavirus pandemic, urging China to contribute and fulfill its responsibility.

In an op-ed published in several European newspapers on Friday, including France’s Le Monde and Spanish daily El Mundo, Josep Borrell said: “To strengthen our defences against future pandemics, we also need a thorough, independent scientific inquiry into the origins of the crisis.”

Borrell emphasized the need for a multilateral response, including efforts to limit the spread of the virus, boosting research on treatment and vaccines, addressing consequences in developing countries, and working on economic recovery.

“In all this, we count on China to play its full role, in line with its global weight and responsibilities,” he wrote.

He said demonstrating “mutual support and international solidarity” is critical at such a time and warned China against “the politicization of emergency medical assistance.”

The EU’s top diplomat noted that “changes in the EU-China relationship had been accelerating since the coronavirus outbreak.”

He said that Europe itself has lessons to learn from the crisis, including its relations with international partners including China.

“We should avoid excessive dependence in strategic sectors by building stockpiles of critical materials. We also need to shorten and diversify our supply chains,” Borrell wrote.

His comments come in the midst of heightened tensions between the US and China over the COVID-19 pandemic, which has claimed over 302,000 lives in 188 countries and regions so far.

The US has led calls for a probe into the origin of the virus and found support from Australia, angering Beijing.

Along with other officials of his administration, US President Donald Trump has repeatedly branded the novel coronavirus “the Chinese virus,” a move his critics and the international community say smacks of racism.

Last month, Trump also announced he will suspend the country’s funding for the World Health Organization, accusing the UN agency of mismanaging and covering up the outbreak due to Chinese pressure.

China has rejected the allegations and demands for an investigation, calling attempts “smear or frame” it without evidence “immoral.”

“We urge US politicians to stop the tricks and save their own face,” Chinese Foreign Ministry Spokesperson Zhao Lijian said this week.