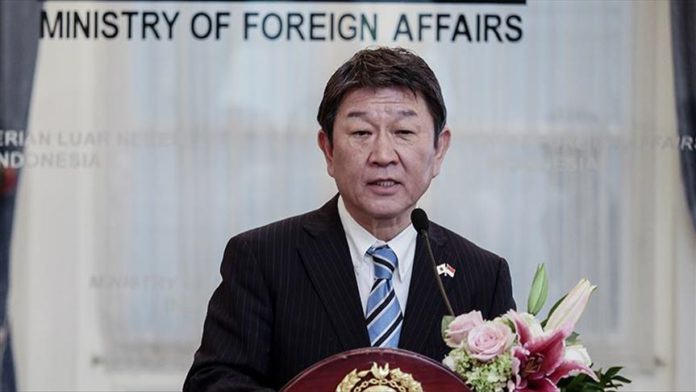 The top diplomats of Japan, the US, Australia and India met in Tokyo on Tuesday agreeing to work for peace in the Indo-Pacific region.

According to Japan’s Kyodo News Agency, the foreign ministers of the four nation – which form the Quadrilateral Security Dialogue group or QUAD — agreed “to work toward peace in Indo-Pacific”.

QUAD is an informal strategic forum among the four countries that is maintained by semi-regular summits, information exchanges and military drills between the member countries.

The meeting assumes significance amid the ongoing US-China trade war and the COVID-19 backlash that Beijing is facing, and is seen as a counter measure to the China’s assertive role in the region.

Reaffirming the strength of the bilateral alliance under Suga, Motegi told media: “I look forward to Japan and the US taking the lead in enforcing and realizing a free and open Indo-Pacific.”

Pompeo said that a “free and open Indo-Pacific is the foundation of regional peace and stability”.

“The foundation’s cornerstone is the US-Japan relationship and the security and prosperity it has provided for our peoples for decades,” he said.

In a tweet, Payne said she discussed the “ongoing cooperation to promote peace, stability and prosperity in our region” in her meeting with Pompeo.

In a similar message, India’s Foreign Minister Jaishankar tweeted: “[…] Will work together for stability and prosperity in the Indo-Pacific.”

Of the four member states of QUAD, US, India and Australia are in a standoff with China over several issues.

The bilateral relations between Washington and Beijing are at all time low starting with trade and sanctions on each other.

China and India are engaged in a military standoff in Ladakh area of Jammu and Kashmir since this May during which 20 Indian soldiers were killed. The Chinese-Australia relations have also hit the rock bottom amid accusations of spying.