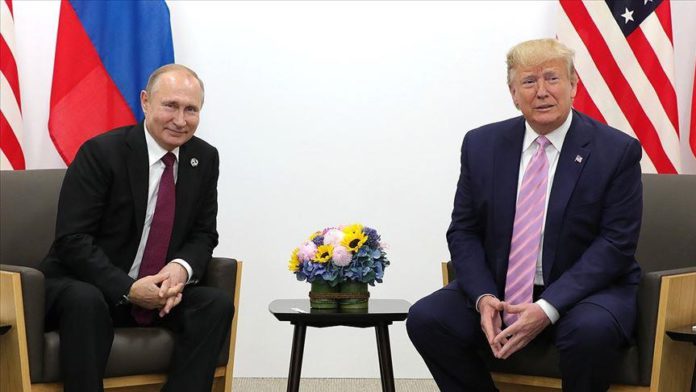 Two prominent Democrats are urging the US Congress to probe outgoing President Donald Trump’s ties with Russian President Vladimir Putin in the wake of the Jan. 6 Capitol riot.

“I would love to see his phone records to see if he was talking to Putin the day the insurgents invaded our Capitol,” former Secretary of State Hillary Clinton said on her podcast “You and Me Both,” referring to the day Trump supporters clashed with police, stormed the Congress, and caused the deaths of five people.

On the same podcast, Clinton’s guest Nancy Pelosi, the US House of Representatives speaker, said: “I don’t know what Putin has on him politically, financially or personally, but what happened last week was a gift to Putin because Putin wants to undermine democracy in our country and throughout the world.”

Calling the people who took part in the riot “Putin’s puppets,” she said there is strong support in Congress to open a probe into relations between Trump and Putin.

Clinton later wrote on Twitter “Speaker Pelosi and I agree,” adding: “Congress needs to establish an investigative body like the 9/11 Commission to determine Trump’s ties to Putin so we can repair the damage to our national security and prevent a puppet from occupying the presidency ever again.”

When the House voted on Jan. 13 to impeach Trump over incitement of insurrection for his alleged role in the riots, Trump became the first US president in history to be impeached twice.

A trial on the impeachment charges is expected to begin in the Senate sometime after President-elect Joe Biden takes office on Wednesday.

According to the Constitution of the US, only a sitting president can be impeached, says Alan Dershowitz, a Harvard University law professor. He calls Democratic Party’s attempts to impeach ”citizen” Trump ”plainly unconstitutional.”

In December 2019 the Democratic-held House approved two articles of impeachment against Trump – abuse of power and obstruction of Congress – after he asked Ukraine that July to open investigations into Democratic front-runner Biden and later his refusal to participate in the House investigation of the matter.

Trump on lifting Iran sanctions: 'No thanks!'

US pours back to military bases in northeast Syria