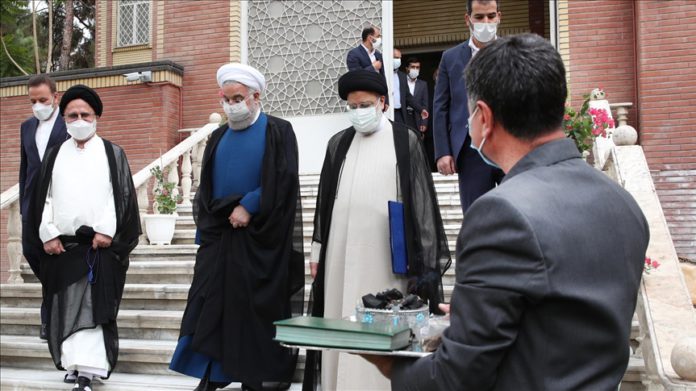 Top Iranian conservative and former judiciary chief Ebrahim Raeisi was sworn in as the country’s new president on Thursday in presence of high-ranking foreign dignitaries.

Raeisi, who claimed a landslide win in the June presidential vote, which was marked by lowest voter turnout in Iran’s history, was administered oath of office by chief justice Mohsen Eje’i in parliament.

Senior officials from Palestine, Syria, Turkey, Lebanon, India, Pakistan, and the EU were also present on the occasion.

He said Iran “stands firm” in fight against the “global hegemony,” in an oblique reference to the US, reiterating the parliament’s support to the new Iranian government.

Pertinently, the conservative-controlled parliament in the last two years had many run-ins with the outgoing Hassan Rouhani government. Rouhani recently indicted the parliament for “creating obstacles” in his path to lift sanctions.

Iran’s judiciary chief Eje’i, in his brief speech, said the judiciary is “ready to cooperate” with the new administration, headed by his former boss, in the “fight against corruption”.

Sanctions must be lifted

In his speech after taking the oath, Raeisi said the sanctions imposed on Iran “must be lifted,” while welcoming “any diplomatic initiative” to that end, in an apparent green light to ongoing negotiations between Iran and the West on salvaging the 2015 nuclear deal.

The talks initiated by the outgoing Iranian administration were stalled after six marathon rounds held in Vienna, with the new administration reportedly mulling a new format and approach to the negotiations.

Rouhani’s successor further said that the “will of people” seeks “establishment of justice, progress and freedom in the country,” as well as “improvement in their livelihood,” acknowledging “hardships” faced by people.

He said the cabinet of ministers will be introduced to the parliament for vote of confidence in coming days.

On Tuesday, Raeisi was officially endorsed as the eighth president of Iran during a ceremony in Tehran attended by top civilian and military officials, marking the end of Hassan Rouhani’s two terms in office.