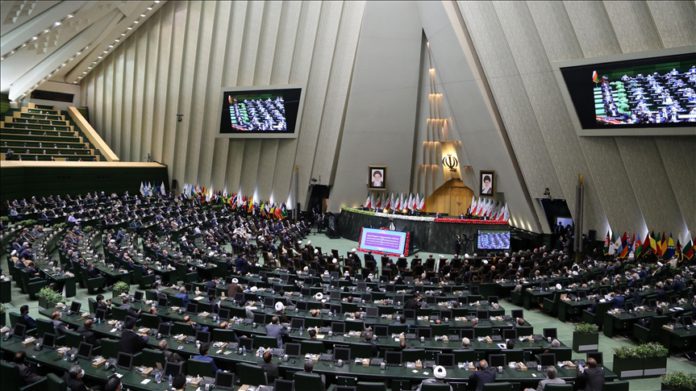 Top conservative lawmaker and former presidential candidate, Alireza Zakani, has been elected as the new mayor of Tehran by the city’s newly-elected managing body.

Zakani, whose election was deemed a certainty after he received green light from the conservative-controlled Tehran city council last week, got 18 out of 21 votes in a closed-room election on Sunday.

A long-time lawmaker, 56-year old Zakani was re-elected to parliament last year from the central Qom province, and served as the deputy parliament speaker for one year until the June presidential election.

In June, he joined the race for presidency but withdrew in favor of the eventual winner and fellow conservative Ebrahim Raeisi, which some observers believe might have bolstered his chances to be the next Tehran mayor.

Importantly, the coveted chair has in the past been held by Mahmoud Ahmadinejad, who later went on to become the country’s president, and Mohammad Baqer Qalibaf, the incumbent speaker of Iran’s parliament.

Zakani will replace reformist Pirouz Hanachi, who held the chair between 2018 and 2021.

Zakani’s election comes weeks after the new Tehran city council was voted to power, the elections for which were held simultaneously with the presidential election in June.

With Zakani’s election, conservatives have fully consolidated their grip over the powerful managing body of Tehran, dislodging the beleaguered reformists.

Reformists in Iran, facing a leadership crisis, have been pushed to the backfoot with back to back losses in elections for the presidency and Tehran’s city council.

In a series of tweets following his election as the new Tehran Mayor on Sunday, Zakani said he “voluntarily” chose to leave the parliament after he was approached by the members of the Tehran city council to accept the new role.

He further said that the new administration led by Raeisi had pledged its support to him, which observes say is natural since both belong to the same ideological faction.

Meanwhile, Iran’s newly-elected president Ebrahim Raeisi on Sunday announced the first appointees in his government — the first vice president and the chief of president’s office.

Mohammad Mokhber, who headed the powerful governmental body, Execution of Imam Khomeini’s Order (Setad), for more than a decade, was appointed as the first vice president, while former judiciary spokesperson Gholam-Hossein Ismaili was chosen to head the presidential office.

Mokhber’s name had been doing the rounds in the past days as a probable candidate for vice presidency. He has recently been in news for spearheading efforts to develop Iran’s first domestically-produced COVID-19 vaccine, COV-Iran Barekat.

Mokhber and his organization were in January this year sanctioned by the US Treasury.

The speculation over the new government cabinet continues amid differences within Raeisi’s team, according to reports. Raeisi was expected to introduce his cabinet members to parliament on Sunday but it has been delayed now.