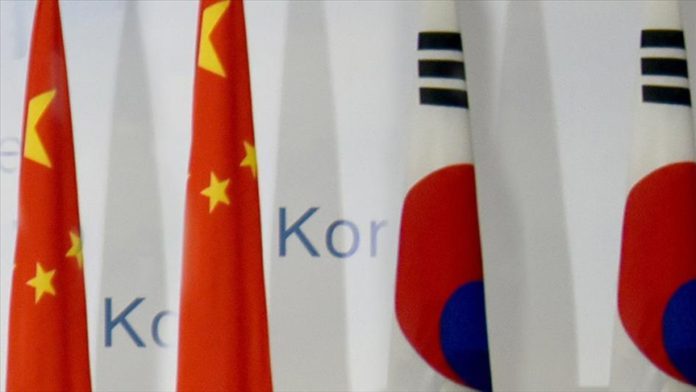 The two sides also discussed ways to “reach an agreement on the second phase of China-South Korea Free Trade Agreement.”

The BRI is a mammoth development project initiated by China’s President Xi Jinping which covers dozens of countries through roads, rail links, and other developmental projects and investments.

Wang’s visit to Seoul came after he flew to Japan early this week to discuss regional issues with his Japanese counterpart.

South Korea and Japan are close allies of the US in the far east. The high-level exchanges of visits came amid strained bilateral relations between Washington and Beijing.

“My visit to South Korea when the COVID-19 situation has yet to end is intended to show the importance we attach to China-South Korea relations through actual action and to show confidence that South Korea can prevail in its fight over COVID-19,” Wang said, according to South Korean Yonhap News.

“Ahead of the 30th anniversary in 2022 of the establishment of bilateral ties, I hope for an exchange of opinions on further fleshing out the strategic partnership between the two countries,” Kang said.

Seoul is also pushing to host a summit among the leaders of South Korea, China, and Japan before the end of this year.

“China and South Korea have been in close communication on cooperation in various fields, including high-level exchanges,” Wang said on the possibility of President Xi Jinping’s visit to South Korea.