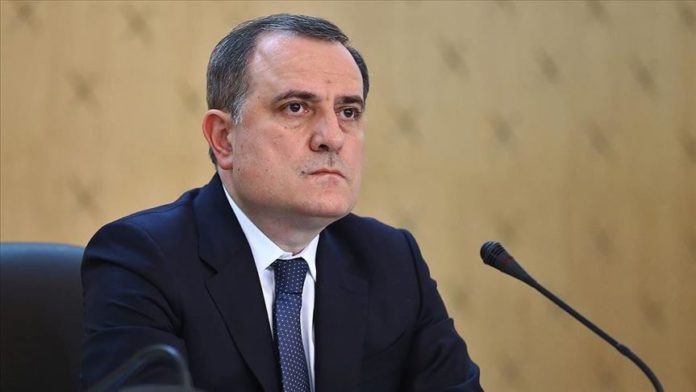 Azerbaijan’s foreign minister on Friday met with co-chairs of the Organization for Security and Cooperation in Europe (OSCE)’s Minsk Group in Geneva.

Jeyhun Bayramov met with Russia’s Igor Popov, France’s Stephane Visconti and US’ Andrew Schofer in a closed-door meeting, where he will raise the cease-fire violations by Armenia.

Another meeting will be held between Bayramov and Armenian Foreign Minister Zohrab Mnatsakanya.