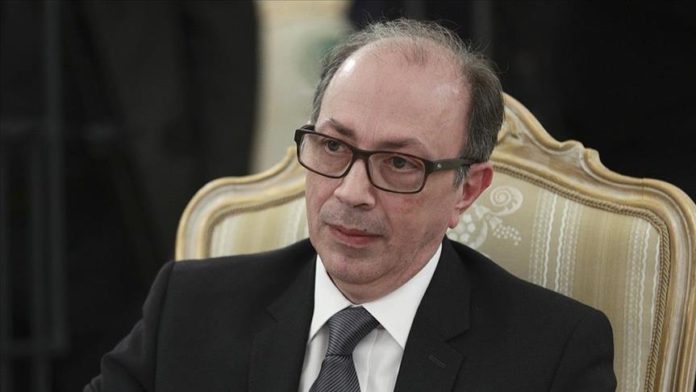 Azerbaijan’s Foreign Ministry has condemned the top Armenian diplomat’s visit to the Nagorno-Karabakh, terming it “illegal.”

In a statement released on Tuesday, the ministry said that Armenian Foreign Minister Ara Aivazian’s visit and signing of some “documents” in Nagorno-Karabakh contradicted the tripartite declaration signed between Russia, Azerbaijan, and Armenia on Nov. 10 last year.

Earlier on Tuesday, Aivazian had visited Nagorno-Karabakh and met with so-called administrators there.

“We would like to remind that the Armenian Prime Minister signed the statement on November 10th […] Violation of these commitments by official Yerevan is a provocation,” the statement said.

The statement said that such moves are taken for domestic audience and do not serve normalization of the situation in the region.

“Armenian officials should not act based on unfounded illusions,” it said, adding they should accept the new reality that emerged in the region.

“Ensuring the implementation of the joint statement of 10 November and taking steps based on the new security format, as well as cooperation opportunities emerged in the region can contribute to peaceful and secure coexistence. The opposite is nothing else but an attempt to inflame the tension,” it added.

The truce is seen as a victory for Azerbaijan and a defeat for Armenia, whose armed forces have withdrawn in line with the agreement.​​​​​​​