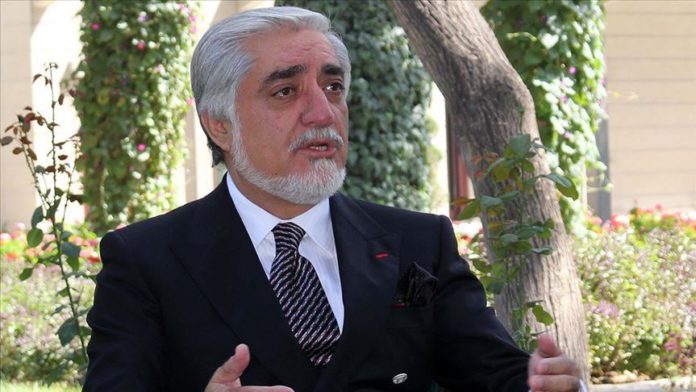 The top Afghan peace negotiator in talks with the Taliban has called for finding a “middle ground” to achieve sustainable peace in the war-ravaged country.

In an exclusive interview with Anadolu Agency, Abdullah Abdullah, the chairman of the High Council for National Reconciliation, hailed the launch of direct talks between the two warring sides while urging the insurgents to shun violence.

In an unprecedented development, the government representatives and the leaders of the Taliban met in the courteous Afghan manner in Doha, Qatar for the landmark intra-Afghan talks that began on Sep. 12.

“Situation here [in Afghanistan] should also change and people should see it […] We still insist upon notable reduction in violence, humanitarian cease-fire, and eventually complete and nationwide truce,” said Abdullah, who returned to Kabul last week after attending the inaugural ceremony of the intra-Afghan talks.

The two sides in Doha continue to work on agenda setting as the talks entered their second week. The ongoing talks in Doha are part of the US-Taliban deal that was reached after months of wrangling on Feb. 29.

Touching upon the Taliban militants’ increasing attacks along with the start of the negotiations, Abdullah said that the atmosphere of war should be changed with the beginning of the peace talks.

Abdullah stated that they wanted a reduction in violence and even a permanent cease-fire.

Abdullah told Anadolu Agency the Afghan government’s negotiation process with the Taliban is going to be a “long and complicated” one.

“The delegation of the Islamic Republic of Afghanistan, with the determination it has, is working hard not to waste even a single moment, but they are aware that the problems are complicated,” he said.

Reaching sustainable and respectable peace is the ultimate goal, he added.

“That does not mean the Taliban must accept all of what we say and vice versa, but by conserving our ideologies and entering a phase of political engagement and competition instead of continuing with the war and violence which is in no one’s interest,” said the former power-sharing chief executive of the Afghan President Ashraf Ghani.

“One side cannot impose its view on the other,” said Abdullah.

“Failure of talks would not be a good news for people of Afghanistan […] We strive for result- oriented talks,” he added.

Stating that it is not yet known where and when the next negotiations between the Taliban and Afghans will take place, he underlined the issue can be determined by reaching an agreement between the two sides’ delegations.

”The historic ties of friendship with Turkey continued and even strengthened with the acquisition of Afghanistan’s independence. Turkey has always stayed with the people of Afghanistan and has always been in favor of peace and always supported it,” he added.

“There is a large and significant impact of Turkey’s peacekeeping role. Turkey has also been of a great help and assistance to Afghanistan, and still remains supportive in terms of security, reconstruction, humanitarian aid and education. The Maarif [Foundation of Turkey] offers great contribution to education in Afghanistan. There are so many other areas where the aid is provided [by Turkey].

“And all of this has been achieved through the policies and leadership of President [Recep Tayyip] Erdogan. Therefore, we thank Turkey very much on behalf of the people of Afghanistan,” said Abdullah.