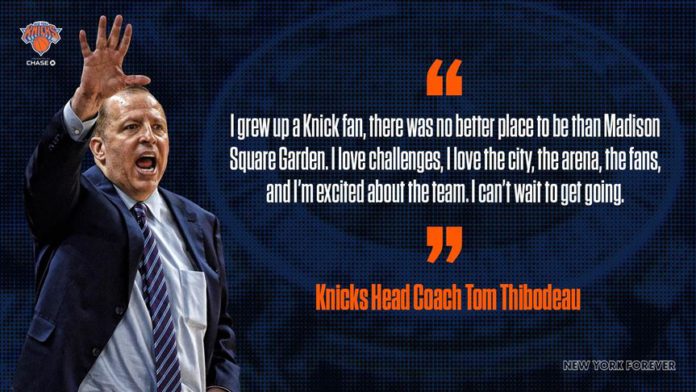 “This is a very exciting day for our franchise. We’ve hired not only a great basketball coach, but an elite Head Coach in Tom Thibodeau,” Knicks President Leon Rose said on Twitter.

Thibodeau won the NBA Coach of the Year in his first season with Chicago Bulls in 2011 as he also coached Minnesota Timberwolves from 2016 to 2019.

The 62-year-old became the 31st coach in the Knicks’ history.