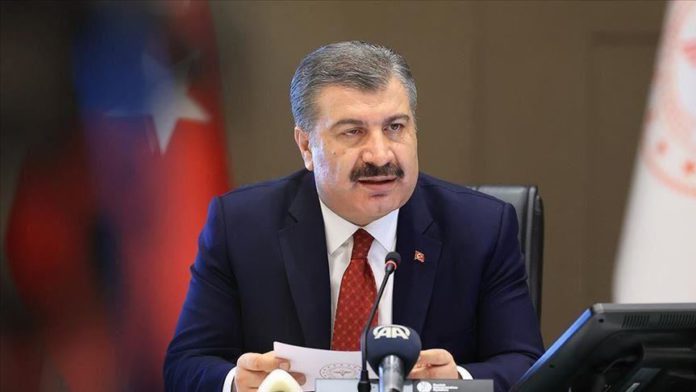 Turkey’s success in containing the coronavirus at an earlier stage compared to other countries and the low mortality rates in the country are related to the timely measures taken by the government, the health minister said on Friday.

Fahrettin Koca joined a video conference organized by the US Chamber of Commerce, Turkey-US Business Council and Union of Chambers and Commodity Exchanges of Turkey, a statement by the Health Ministry said.

Speaking at the event, Koca said the success of the states in fighting the pandemic cannot be explained with categories for countries, like developed/less developed, democratic/authoritarian, or liberal/statist.

He recalled that Turkey helped 135 countries, including the US, with health care supplies, including ventilators, medicines, testing kits, and personal protective equipment.

The pandemic hit a heavy blow on the global economy, Koca said, and urged for solidarity.

“Our strongest weapon against this threat will be solidarity in all areas. Joint action in vaccine and drug studies is important to find the treatment of the disease,” he said.

More than 60 officials and businesspeople were in attendance of the event.

Since originating in China last December, the pandemic has claimed over 491,000 lives in 188 countries and regions.

More than 9.69 million cases have been reported worldwide, while over 4.88 million patients have recovered so far, according to figures compiled by the US’ Johns Hopkins University.