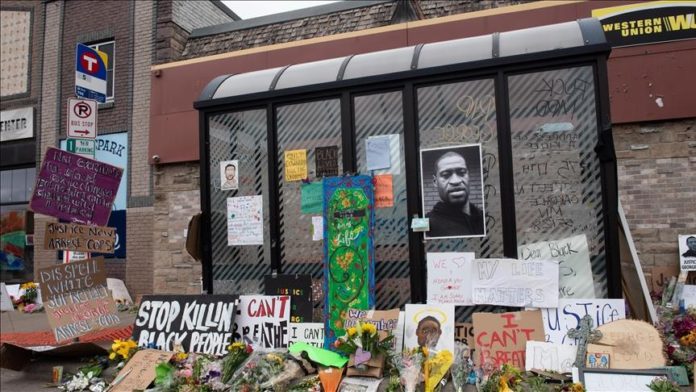 George Floyd was murdered by a Minneapolis police officer two years ago on May 25, 2020. The following is a timeline of police killings of Black Americans in high-profile police brutality cases in the US over the past eight years since 2014.

1. Eric Garner – July 17, 2014: Eric Garner uttered the words “I can’t breathe” 11 times as NYPD Officer Daniel Pantaleo pinned him to the ground in New York City on suspicion of illegally selling cigarettes. Garner’s death was ruled a homicide, but a grand jury decided not to prosecute Pantaleo, who was later fired by the NYPD, while Garner’s family received a $5.9 million out-of-court settlement.

2. Michael Brown – Aug. 9, 2014: Michael Brown was shot to death by Ferguson, Missouri police officer Darren Wilson even though Brown held up his hands during the police foot chase and said “Don’t shoot.” A grand jury decided not to indict Wilson, sparking civil unrest and protests in the community.

3. Tamir Rice – Nov. 22, 2014: 12-year-old Tamir Rice was shot and killed by Cleveland, Ohio police officer Timothy Loehmann after reports that Rice was wielding a gun, which turned out to be a toy. A grand jury declined to indict Loehmann primarily on the basis that Rice drew his gun and pointed it at police, but Rice’s family received a $6 million settlement with the city of Cleveland.

4. Eric Harris – April 2, 2015: Eric Harris was unarmed and on the ground when he was shot in the back and killed in Tulsa, Oklahoma by 73-year-old Reserve Deputy Robert Charles Bates, who confused his gun for a taser and said after the shooting “Oh, I shot him! I’m sorry.” Bates was found guilty of second degree manslaughter and sentenced to four years in prison.

5. Walter Scott – April 4, 2015: Walter Scott was shot in the back five times by North Charleston, South Carolina police officer Michael Slager after being pulled over for a defective brake light on his car. Slager was convicted of second degree murder and sentenced to 20 years in prison, while Scott’s family received a $6.5 million settlement.

6. Freddie Gray – April 12, 2015: Freddie Gray was arrested in Baltimore, Maryland for possession of a knife, but 45 minutes after he was transported in a van to the police station, he was found unconscious and not breathing, his spinal cord almost severed. He died seven days later while in a coma. The medical examiner’s office ruled Gray’s death a homicide, but the six officers charged were not convicted and Gray’s family received a $6.4 million wrongful death lawsuit settlement.

7. Alton Sterling – July 5, 2016: Alton Sterling was shot and killed by two Baton Rouge, Louisiana police officers who claim Sterling reached for a loaded handgun in his pocket while they were trying to subdue him. Neither of the officers were charged in his death, but the city of Baton Rouge settled a $4.5 million wrongful death lawsuit with Sterling’s family.

8. Philando Castile – July 6, 2016: Philando Castile was fatally shot during a traffic stop in suburban Minneapolis, Minnesota by police officer Jeronimo Yanez after Castile told him he had a license to carry a weapon and reached for his pocket. Yanez was acquitted of second-degree manslaughter charges and fired by the City of Saint Anthony Police Department, while Castile’s family received a $3.8 million wrongful death settlement.

9. Stephon Clark – March 18, 2018: Stephon Clark was shot at least seven times in his grandmother’s backyard in Sacramento, California by police officers Terrence Mercadal and Jared Robinet, who were responding to a nearby break-in. Neither officer was charged in Clark’s death, with both saying they feared for their lives, believing Clark had a gun, even though police only found a cell phone at the scene.

10. Botham Jean – Sept. 6, 2018: Botham Jean was fatally shot in his Dallas, Texas apartment after off-duty police officer Amber Guyger entered his apartment, saying she thought she was in her place and shot Jean, believing him to be a burglar. Guyger was found guilty of murder and sentenced to 10 years in prison.

11. Breonna Taylor – March 13, 2020: Breonna Taylor was shot eight times as she was sleeping in her Louisville, Kentucky apartment during a police drug raid, in which her boyfriend fired a warning shot, claiming he did not hear police knock. The three officers — Brett Hankison, Myles Cosgrove and Jonathan Mattingly — were acquitted, with Hankison being fired from the police department for blindly firing into the apartment and Taylor’s family receiving a $12 million settlement.

12. George Floyd – May 25, 2020: George Floyd was subdued with a knee to the neck for nine minutes by Minneapolis, Minnesota police officer Derek Chauvin, who was found guilty of murder and sentenced to 22 years in prison. Three other officers involved in Floyd’s death were convicted in federal court of violating Floyd’s civil rights and are awaiting sentencing, while Floyd’s family settled a $27 million wrongful death lawsuit with the city of Minneapolis.

13. Daunte Wright – April 11, 2021: Daunte Wright was shot and killed by Brooklyn Center, Minnesota police officer Kim Potter during a traffic stop, in which Potter claims she accidentally shot Wright, believing she was using her taser instead of her handgun. Potter was convicted of manslaughter and sentenced to 10 years in prison.

14. Patrick Lyoya – April 4, 2022: Patrick Lyoya was shot in the back of the head by Grand Rapids, Michigan police officer Christopher Schurr during a scuffle in which Schurr was trying to detain Lyoya, who tried to flee the scene after a traffic stop. Schurr was placed on paid administrative leave and has not yet been charged in Lyoya’s death pending the completion of an investigation.

US intel withheld on Russia's attacks on Biden: report