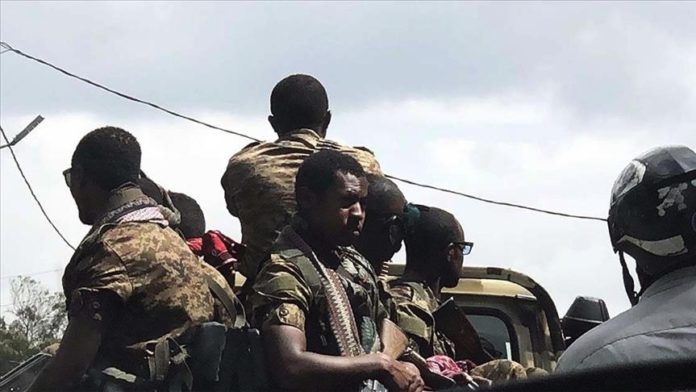 The month of November witnessed the culmination of a long-drawn standoff between Ethiopian Prime Minister Abiy Ahmed and the leaders of the Tigray People’s Liberation Front (TPLF), who were ruling northernmost Tigray province.

A three-week war between the Ethiopian National Defense Forces and the once-all-too-powerful TPLF came to a halt on Nov. 28 when Abiy declared victory.

During the military operation, 41,000 people escaped to neighboring Sudan, according to the UNHCR. While Ethiopia has claimed victory, the TPLF has not given up fight and its leaders have gone into hiding raising fears of their regrouping.

Here is the timeline of the standoff and military operation:

Representatives of Peace Ministry travels to Mekelle — the capital city of Tigray Region to engage TPLF. The mission fails.

50 religious and community representatives travel to Mekelle to hold talks with the provincial government led by TPLF and other political leaders. Talks fail once again.

Political parties urge Prime Minister Abiy to take swift action against TPLF. Some of them question the federal government for ignoring transgressions of TPLF.

Tigray authorities hold elections in defiance of the federal government, which decides to delay polls due to COVID-19 restrictions.

TPLF recalls all representatives from the lower chamber of the Ethiopian parliament, declaring it will not recognize any of the federal state organs.

Abiy orders the launch of an airstrike on several locations in the Tigray region. Sudan closes its borders with Ethiopia. UN calls for immediate de-escalation of tensions and peaceful resolution to the conflict.

Abiy replaces several high-ranking officials, the head of intelligence, the army chief, and the foreign minister.

Abiy gives a 72-hour ultimatum to Tigray forces. But the TPLF vows to keep on fighting.

Keria Ibrahim, one of the nine TPLF executive committee members and former speaker of the Ethiopian parliament, surrenders to security forces.