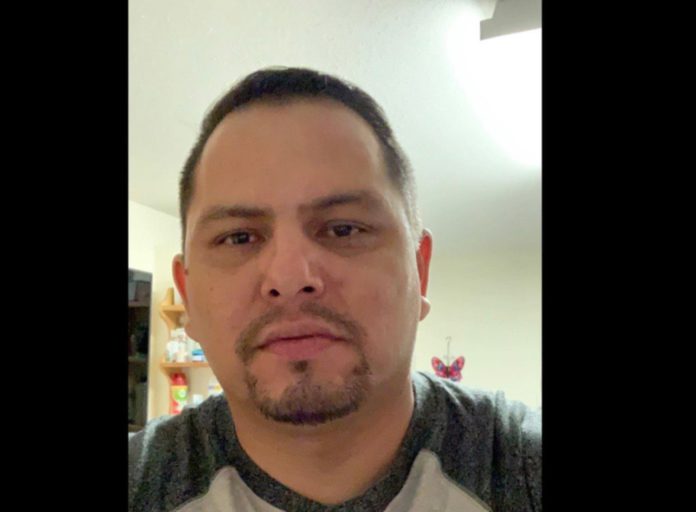 The world view of Canada as a nice, decent country populated with polite people was recently shattered with the recent discovery of nearly 1,000 unmarked graves of First Nations children.

They attended church-run Indian residential schools beginning in the 1820s as the government attempted to eradicate all aspects of Indigenous cultures and replace them with the one brought to Canada by white European newcomers.

Sir John A. Macdonald, born in Scotland and a member of an immigrant family that arrived in Canada in 1820, was the country’s first prime minister. He enthusiastically backed the residential schools.

“When the school is on the reserve, the child lives with its parents, who are ‘savages’, and though he may learn to read and write, his habits and training mode of thought are Indian,” Macdonald said in 1879. “Indian children should be withdrawn as much as possible from the parental influence.”

From the 1820s to the closure of the last of 139 Indian residential schools, about 150,000 First Nations children were taken from their parents, sometimes by force, and put in the schools, where they suffered physical, psychological and sexual abuse. And in one final indignity, as they died from disease, maltreatment, poor food, and beatings, they were buried in unmarked graves.

It is estimated that 4,000 died, and parents were sometimes left to wonder what happened to their children — they just disappeared. But there are survivors of the system that still live with the trauma of residential schools.

The notorious past was laid bare to shocked Canadians, many of whom had no idea of the existence of residential schools. Prime Minister Justin Trudeau has said the system resulted in cultural genocide. Bobby Cameron, chief of the Federation of Sovereign Indigenous Nations, said it is “a crime against humanity.”

No one has ever been charged with any crime as the search for more graves gets underway.

Anadolu Agency spoke with Councilor Jonathan Lerat of the Cowessess First Nation about the finding of 751 unmarked graves at the site of a former residential school in Saskatchewan. He said it is time “to confront the truth” about “the sordid past of the schools.”

The following is an interview with Lerat.

Anadolu Agency: There have been oral speculation for many years as to the burial sites at the Marieval Residential School. What spurred the recent radar ground search?

Councilor Lerat: Stories of who was buried in the graveyard have been passed along from generation to generation. There was very little in terms of written records we were given from the Catholic Church, so we relied on parents and grandparents to pass on that history. We also knew over the years different things were built on the grounds that used to be part of the gravesite according to the stories, so we always knew there was more to uncover.

Anadolu Agency: Since it is estimated that 150,000 children attended 139 schools, there will likely be more unmarked graves. How would you like to proceed?

Councilor Lerat: We can’t speak definitively for how other First Nations will proceed with their own research, but our hope is that the funding will be available to undertake this very crucial work so they can bring peace to their lost loved ones as well.

Anadolu Agency: What action should Pope Francis take, given that the Marieval and Kamloops schools were both run by a Catholic order?

Councilor Lerat: The chief made a statement towards this in the press conference, so I will defer to that statement. [Cowessess First Nation Chief Delorme has asked Pope Francis for a full apology.]

Anadolu Agency: How are the Cowessess people reacting after this horrific discovery? What emotions have survivors expressed to you?

Councilor Lerat: This has been triggering for many, bringing back memories of attending a residential school and missing loved ones. It was traumatic for many — memories of those who they lost, classmates they had to bury and abuses they endured. Even today, we have generations that may have not gone to residential school, but they are feeling the first and second generation of that impact. It has been difficult, but we are a very strong people, and just as we’ve been doing before the world came to learn about this, we will continue to heal one day at a time.

Anadolu Agency: It is possible that many Canadians today had no knowledge of residential schools. What would you like to see the average Canadian do to help First Nations in this difficult time?

Councilor Lerat: I think for far too long, this side of Canada’s history has been relegated to the catacombs of the country’s consciousness. Our schools do not teach this part of history in depth, if at all. Understanding one another and not being afraid of those who are different all starts with education. But you cannot wait for others to take you by the hand and teach you what you should know. It’s all of our responsibility to educate ourselves. Read books by indigenous authors, watch documentaries, take courses, explore indigenous art, etcetera. The information is out there.

Anadolu Agency: No one has ever been charged despite the abuse and in some cases no doubt murder over the treatment of children at the schools. Is it time to seek out the guilty parties – alive or not — and what should be done with them?

Councilor Lerat: I’m not sure what can be done about the past in that respect, but I do know that we have an opportunity now to confront the truth — as difficult as it is — and make meaningful steps towards reconciliation.

Anadolu Agency: There are statues of historical figures in the government who were prominent in the formation of the schools, acting actually as architects, such as Sir John A. Macdonald. And he is quoted as calling First Nations parents “savages.” What do you think generated this kind of labeling of Canada’s original First Nations people? What should be done with the monuments?

Councilor Lerat: Again, I think the focus should remain on providing resources for those who continue to grieve and are on the road to healing and taking meaningful steps towards reconciliation.

Anadolu Agency: Are you in favor of canceling Canada Day or naming it as a day of remembrance?

Councilor Lerat: Canada is our home and we love our country. I believe there is space to celebrate our love for this country that takes into account our rich and proud indigenous history and contributions. What that looks like right now, I don’t know.

Anadolu Agency: How do we correct the history books that have ignored or glossed over this horror about residential schools? Should the truth be taught in schools today? And what form would that take?

Councilor Lerat: A lack of education leads to a lack of understanding and fosters gaps in tolerance and the ability to build relationships with others who may be different from you. I would advocate for more diversity in our education curriculum. The history you don’t know is the one more likely to be repeated.

Anadolu Agency: This tragedy has given Canada a black eye in other countries. Where does Canada go from here?

Councilor Lerat: For the healing journey for Indigenous people to continue, we need to address the modern-day issues stemming from intergenerational trauma. We appreciate the renewed commitment made by our leaders to supporting indigenous communities and are looking forward to seeing those promises come to fruition. We are one country. A country we love, with friends and neighbors. But when you step onto the reserve, it feels like you’ve stepped into a different country, and that shouldn’t be.​​​​​​