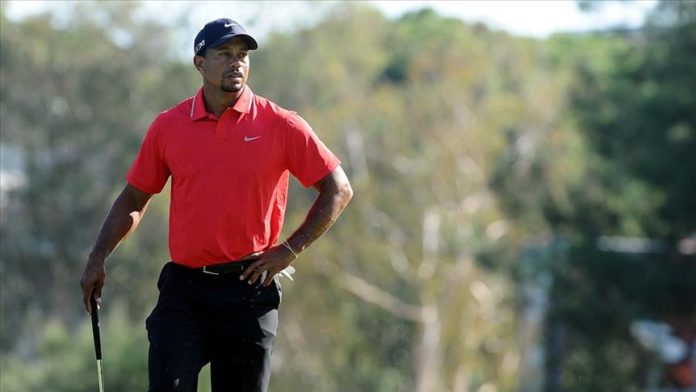 Tiger Woods is lucky to be alive after first responders rescued the golfing legend from a grisly wreck in the state of California, police said Tuesday.

Woods’ vehicle rolled over “several” times after he hit the center divider, crossed into the opposing lane of traffic and smashed into a tree, shearing it before coming to a halt, said Los Angeles County Sheriff Alex Villanueva.

“Thankfully the interior was more or less intact, which kind of gave him the cushion to survive what otherwise would have been a fatal crash,” Villanueva told reporters at a news conference.

Deputy Carlos Gonzalez, who was the first to arrive on the scene, said Woods was not able to stand on his own power after the horrific crash.

“It’s very fortunate that Mr. Woods was able to come out of this alive,” he said.

Woods was rescued by first responders who had to use an axe and hand tool to remove him from the vehicle’s front window, according to the Fire Department.

News footage from the scene appeared to depict a gray SUV vehicle rolled over onto the driver’s side, its front-end completely destroyed.

Woods, who was the sole occupant in the vehicle, was transported by ambulance in serious condition to Harbor-UCLA Medical Center, where he underwent surgery for his injuries, including to both of his legs.

The golf legend had been recovering after undergoing back surgery prior to the accident and in a statement released on Jan. 19 said he would be sidelined at least through February’s Genesis Invitational.

The Sheriffs’ office said the accident took place near the border of the affluent neighborhoods of Rolling Hills Estates and Rancho Palos Verdes, which are about 30 miles southwest of downtown Los Angeles.

Cost of Beirut port explosion up to $5B: Governor