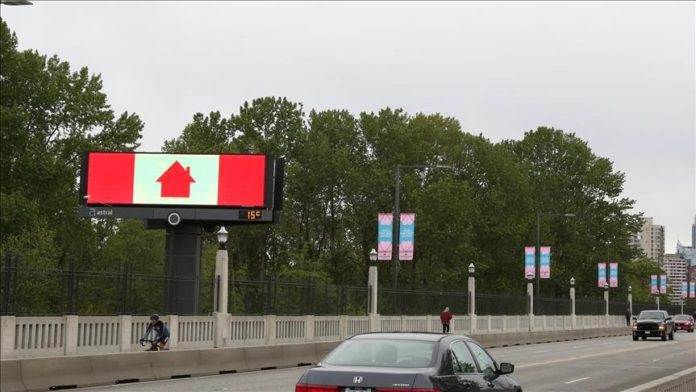 They came by the thousands Saturday to pay respects to four members of a Muslim family brutally killed when a half-ton truck deliberately smashed into them while they were out for a Sunday evening walk in Ontario, Canada.

Madiha was a PhD student, Salman a physiotherapist who worked with seniors, Yumna an honor roll student at a Muslim school, and Talat an artist and schoolteacher.

A 20-year-old suspected of driving the truck is in jail, charged with four counts of first-degree murder and one count of attempted murder.

Lying in hospital recovering from serious injuries, 9-year-old Fayez knows he lost his father, mother, sister, and grandmother. He knows he has been orphaned because of what police said was a premeditated, hate-motivated crime, the victims easy to pick out wearing different garb and having darker skin than most in their predominately white city.

“He’s healing,” family friend Yasmin Khan said of Fayez, but added we don’t know what is yet to come.

‘Entire nation stands with them’

They were not alone, as thousands lined the streets as the funeral procession passed by and hundreds gathered for the public service held at the Islamic Centre of Southwest Ontario, which lasted about an hour. The four coffins placed in front of the service were all draped in the Canadian Maple Leaf flag.

Pakistan’s high commissioner from Pakistan to Canada noted that they mean “the entire Canadian nation stands with them.”

Ed Holder, the mayor of London, did not speak at the ceremony but was interviewed live and said he was “not surprised at the thousands and thousands here today.”

Gazing around, Holder said: “This is too heartbreaking.”

People were asked to wear purple and green ribbons. Purple was Yumna’s favorite color, and green is a color often associated with Islam.

Speakers told of the kindness of the family, their generosity and community involvement. It was a family destroyed by hate simply because of their religion, authorities said.

Marches were held in cities across the country on Saturday, and that was appreciated, said a local imam.

The size of the London Muslim community is about 30,000, and the funeral is seen as a step towards healing.

“We are grateful for everything that has happened since that horrific tragedy,” Aarij Anwer told the Canadian Broadcasting Corporation before Saturday’s funeral services. “We’re looking forward to having some closure on Saturday.”

After the public ceremony, the family departed for a private burial service at the Islamic Cemetery.

Memorial services in other Canadian cities were also held over the weekend.

The federal government said Friday it will convene a summit on Islamophobia by the end of July, a summit demanded by many in the aftermath of the tragedy. And the Ontario provincial government passed a motion Saturday morning condemning Islamophobia.

It is not the first time multiple Muslims have been targeted and murdered in Canada.

Four years ago, six men were shot to death as they worshipped at the Quebec City Mosque, and 19 were wounded.

The funeral was aired live on Canadian TV news stations and streamed on websites.

At least 60 killed in Sudan at fresh Darfur clashes