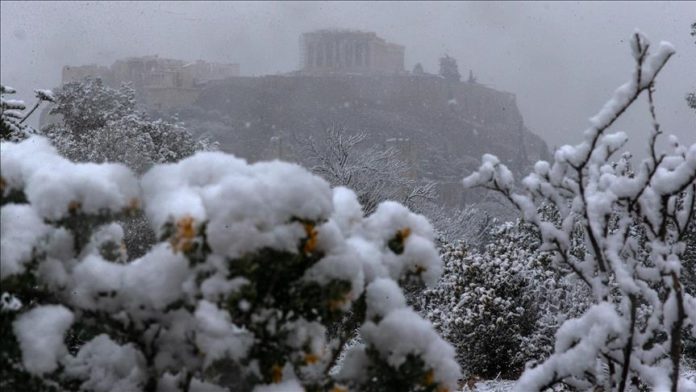 Thousands of stranded passengers and motorists were evacuated by army and rescue teams early Tuesday after a snowstorm hit the Greek capital Athens, sowing chaos.

Some left their vehicles on foot, often with young children, according to social media posts.

Some spent more than 20 hours trapped on Attica’s biggest ring road, and since yesterday the army along with the fire department and police have been supplying stranded people in below-freezing temperatures with blankets, water, and food, authorities said.

Efforts are still taking place to evacuate the remaining passengers and motorists.

On social media, outraged passengers and motorists lashed out at the government and the private firm managing the ring road for not being prepared.

“The company will take a more detailed stance on the decisions and conditions that led to these unprecedented events after the completion of the cars’ rescue operation,” it said in an announcement.

Speaking on Open TV, Aristophanes Papadimitriou, operations manager of the ring road company, said that “any plan we had was almost impossible to carry out with so many trucks and cars in the network.” He said that trucks were banned from entering the road at 2 p.m. on Monday afternoon.

Conditions were difficult to manage and unprecedented, he said, but admitted that “possibly we delayed.”

“We feel uncomfortable and very bad about what happened. We have never had a problem (like this) in 20 years of operation,” he said.

After a meeting with the company, Prime Minister Kyriakos Mitsotakis announced an agreement for €2,000 reimbursement per stranded car.

A severe snowstorm swept across the country on Monday, blanketing the capital and causing traffic chaos, power cuts in several areas, and cancelled classes.