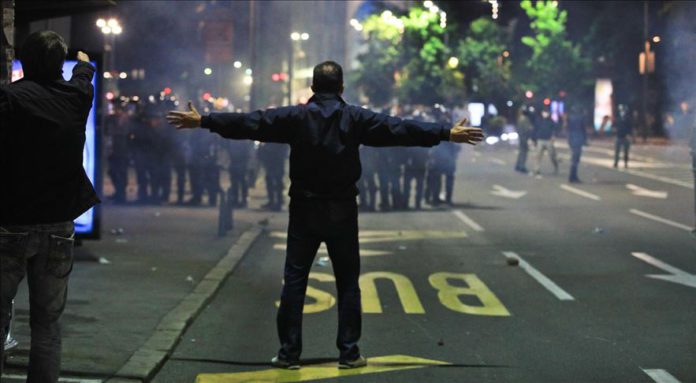 Thousands of protesters gathered in Serbia’s capital early Wednesday to protest new measures to curb the spread of the novel coronavirus.

Large numbers of people gathered in front of the National Assembly Building in Belgrade after President Aleksandar Vucic announced a weekend curfew in an effort to combat the disease.

Protesters clashed with police while attempting to enter the building as gendarmerie forces set up a cordon on the steps in front of its entrance.

Traffic was stopped in that part of the city.

Among those who gathered were some opposition leaders.

Serbia has confirmed 16,719 coronavirus cases as well as 330 deaths from the disease, according to data from US-based Johns Hopkins University.