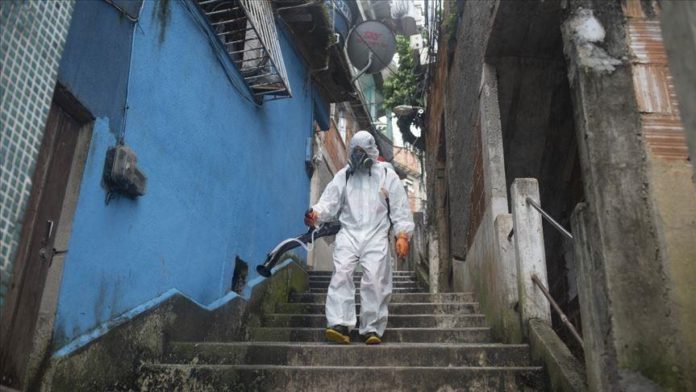 Sao Paulo stands out as the region most affected by the outbreak with over 1.51 million cases and 47,768 deaths.

The total number of recoveries in the country reached 7.96 million.

Since the beginning of the pandemic, the country has recorded some 1.49 million cases, 131,000 deaths and 1.12 million recoveries.

Argentina registered 13,835 new COVID-19 cases, bringing the total number to 1.69 million, according to the Health Ministry.

The nationwide death toll rose to 44,122 as 146 patients died over the past day. Some 1.48 million patients have recovered so far.

Some 1.58 million patients have so far recovered from the virus, according to the Health Ministry.

The number of recoveries grew to 964,354, showed Health Ministry data.

The death toll in the country reached 16,913, with 97 additions over the past day, the Health Ministry said, adding the total number of recoveries rose to 593,235.

To date, 129,542 people have recovered from the disease in the country.