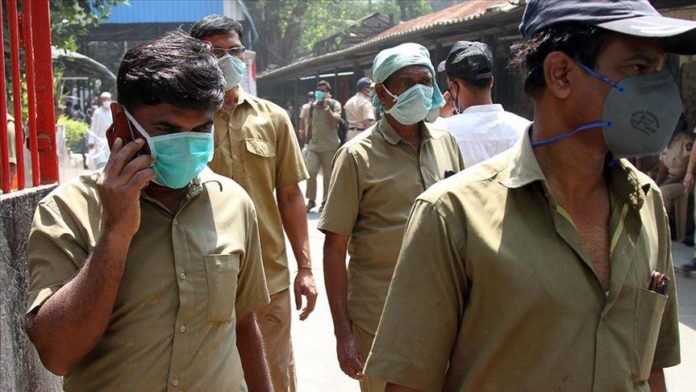 Thousands of Indian farmers marching towards the capital New Delhi to protest against the new farm laws had to face police barricades followed by the use of tear gas and water cannons.

With sticks and swords in hand, several hundred managed to enter the Indian capital from nearby states of Punjab and Haryana to hold a nationwide protest, farmer groups said.

In September, the Indian government announced “three agricultural reforms” for farmers, which the farmers and experts believe will further exploit them and threaten the food security of the country.

The three reforms include any consumer or company to buy farmers produce outside the Agriculture Produce Market Committee (APMC). Presently, farmers across India can only sell their produce at the nearest registered markets regulated by state laws, also known as APMC.

The second involves changes in the Essential Commodities Act 1955 under which the government has lifted the ban on the storage of potatoes, onions, pulses, oilseeds, etc.

The third reform is the farmers’ agreement on price assurance and farm services under which the government will promote contract farming.

“The most unfortunate thing here is that there has been no consultation with Farmer Organizations regarding these new laws. The farmers will become laborers in their land,” said Abhimanyu Kohar, national coordinator of Rashtriya Kisan Mahasangh — a federation of 180 farmer organizations in India.

Instead of farmers, companies will benefit from these ordinances as 85% of farmers in India are small farmers who do not have storage facilities, he added.

On Wednesday, over 100 farmers protesting on Delhi borders were arrested, while another 500 were arrested in southern India.

The police had barricaded all the five major highways leading to the capital, but farmers flung barricades into the river and threw bricks at police to make their way into the capital.

“Please co-operate with Delhi Police in ensuring no gathering in Delhi amid coronavirus, failing which legal action will be initiated as per law,” the Delhi police said on Twitter.

The protests come at a time when Delhi is reeling under the second wave of coronavirus, with daily cases going above 6,000 in the capital.