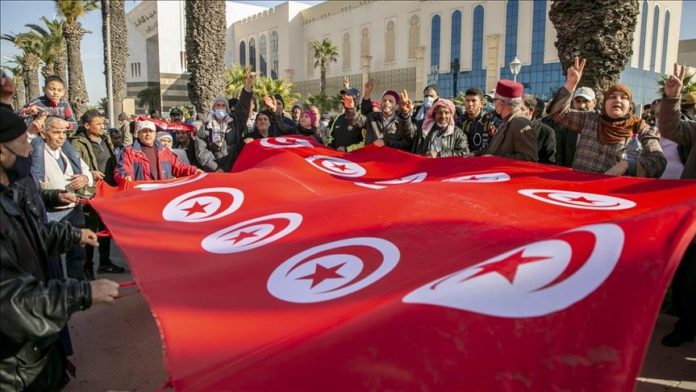 Thousands of public servants in Tunisia staged a two-day strike on Monday to demand financial gains.

“The strike was staged after the authorities failed to abide by previous agreements to increase their financial allowances,” Abdul Jabbar Bilteeb, a member of the General Federation of Municipalities, an NGO affiliated with the Tunisian General Labor Union, told Anadolu Agency.

He said around 37,000 civil servants have joined the protest.

Bilteeb said the strike aims to demand the drafting of a new law for the recruitment of civil servants on contracts.

There was no comment from Tunisian authorities on the strike.

Tunisia is in the throes of a deep political crisis which aggravated the country’s economic conditions since President Kais Saied ousted the government, suspended parliament and assumed executive authority in July 2021.

While Saied insists that his measures were meant to “save” the country, critics have accused him of orchestrating a coup.