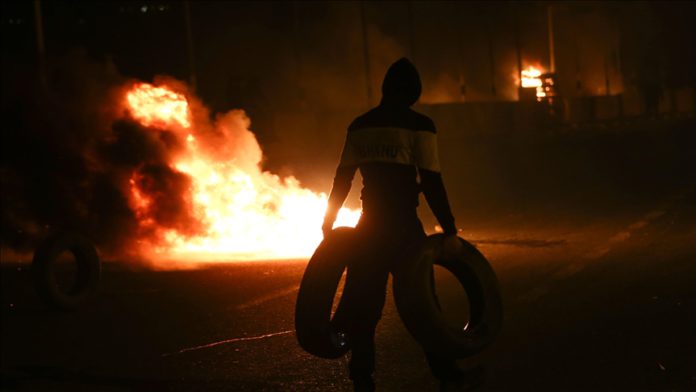 Mass protests erupted late Tuesday in four Arab cities in Israel over the killing of two people by police in the northern city of Tamra.

In Nazareth, Arab parliament members and protesters chanted slogans against the government and the police.

Clashes escalated between the police and protesters, during which two protesters were arrested, according to the channel.

In Tamra, which observed a state of mourning and a strike, hundreds of people continued to protest and closed the main highway and set fire to car tires, according to the Israeli daily Yedioth Ahronoth.

On Monday evening, Israeli police opened fire in a residential area of Tamra in a shootout with masked gunmen at one of the houses. Police killed one suspect and wounded another. During the same incident, police also killed a university student “by mistake” and wounded a doctor

The student was identified as 22-year-old Ahmed Hijazi. The doctor, Muhammad Armoush, 31, was transferred to a hospital in the city of Haifa for treatment, according to Israeli media

The Palestinian community in Israel has suffered from increased rates of violence and crime in recent years.

Since the start of the year, 16 Arabs in Israel have been killed by unknown gunmen, with Arab residents accusing Israeli authorities of not addressing the murders.