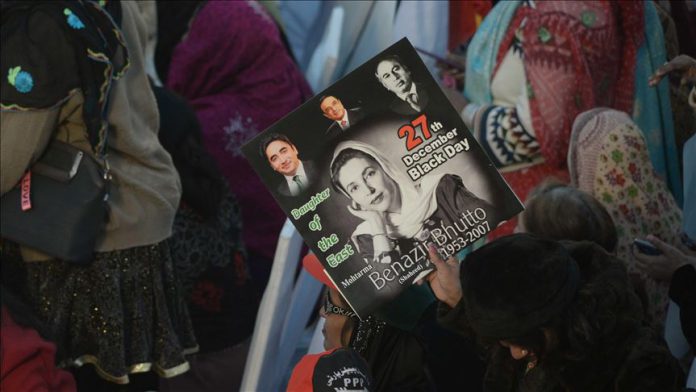 Thousands gathered to mark the 12th death anniversary of Pakistan’s two-time Prime Minister Benazir Bhutto at historic Liaquat Park in the garrison city of Rawalpindi — the site of her assassination in 2007.

“Long Live Bhutto”, and “Long Live Benazir” were among the slogans raised by emotional activists of Bhutto’s center-left Pakistan Peoples Party when Bilawal Bhutto, her son and also the incumbent party chairman, appeared on the heavily-guarded stage with a life-size picture of her mother in the backdrop.

US urges Taliban to shun violence, return to talks