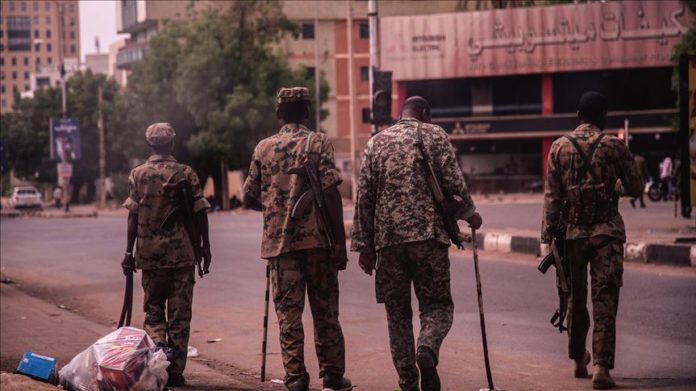 Thousands of Sudanese took to the streets in the capital Khartoum Tuesday on the first anniversary of a power-sharing deal between the military and civilians.

Protesters waved banners demanding the reform of the security agencies, the formation of a transitional parliament and appointing civilian governors instead of the current military ones.

They also call for announcing the results of an investigation into last year’s violent dispersal of a protest sit-in near the army headquarters in Khartoum, which left scores dead.

Pro-democracy activists have called for demonstrations on June 30 to pile pressure on the transitional government to implement “goals of the revolution” that ousted long-serving President Omar al-Bashir last year.

Ahead of the rallies, security forces have shut bridges and roads leading to the army headquarters in downtown Khartoum.

According to an Anadolu Agency reporter, thousands of youths gathered in Burri, Riyadh, Shagara and other neighborhoods of the capital.

Demonstrations were also reported in Port Sudan and Gadaref in eastern Sudan, Atbara and Barbar in the River Nile state, Kosti in the White Nile state and Damazine in Blue Nile.

Thousands of people have also staged a sit-in in Nertiti area in the central Darfur state, according to eyewitnesses.

“Thousands of people have gathered since early morning and staged a sit-in in front of the government building in the city,” Adam Ali, an internally displaced person from Alsalam camp in Nertiti, told the Anadolu Agency.

On the eve of the protests, Prime Minister Abdallah Hamdok pledged in an address to meet the demands of the protesters within two weeks.

The arrest came as supporters of al-Bashir’s party have allegedly called for demonstrations on June 30 to bring down the transitional government.