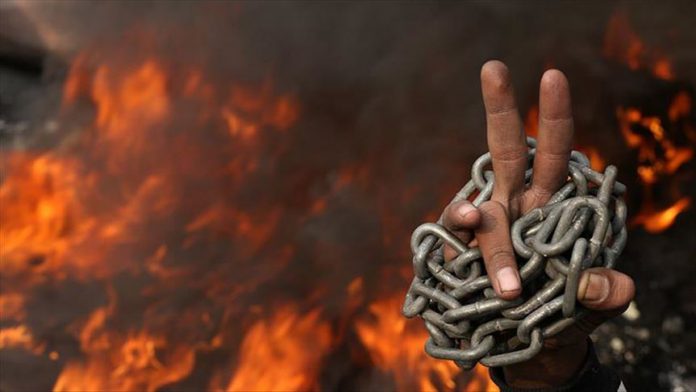 Thousands of Iraqis gathered in the Baghdad city center on Friday at a rally against the presence of U.S. troops in the country.

The demonstrators responded to a call by Iraqi cleric Muqtada al-Sadr who called for a million-man march to demand the ouster of U.S. troops from Iraq.

According to an Anadolu Agency correspondent on the ground, thousands started to gather in the early hours of Friday in Jadiriyah district, east of Baghdad.