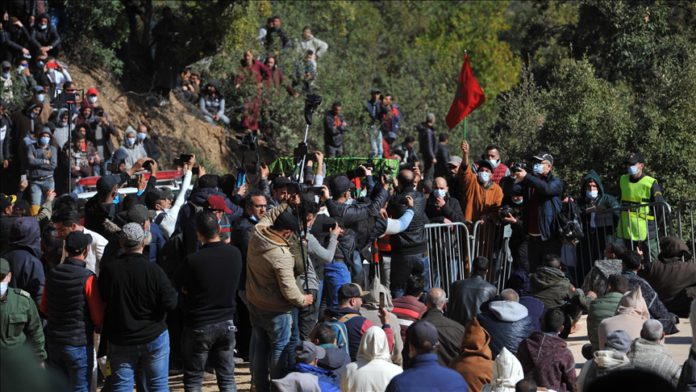 Thousands of Moroccans on Monday paid farewell to a 5-year-old child, who died in a well in northern Morocco last week.

Rayan Awram fell and died in a 32-meter-deep well last week in the village of Ighran after being trapped for five days. Rescuers managed to retrieve his body on Saturday in a tragedy that brought wide sympathy around the world.

Mourners gathered in the house of Rayan’s grandfather in the village before marching to the cemetery to bury the boy according to Muslim rituals.

Security forces were deployed in the area in an effort to maintain calm during the funeral procession.

Activists across the Arab world flooded social media platforms with messages of support and solidarity with Rayan’s family and rescuers, who spent days digging to save him from the well.