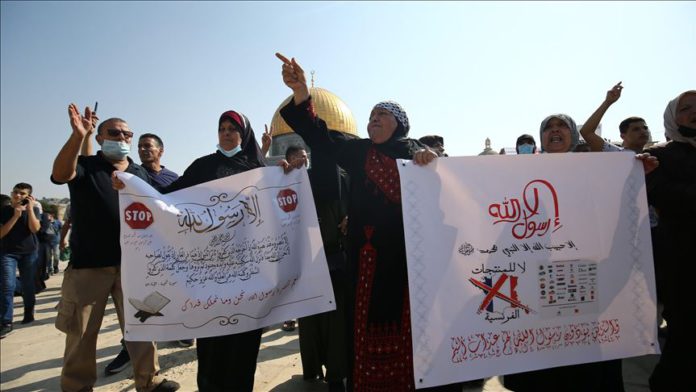 Sheikh Ekrima Sabri, the preacher at the Al-Aqsa Mosque, condemned the republication of caricatures insulting the Prophet Muhammad and Macron’s remarks.

“The French president has declared his hostility to Muslims in the world,” Sabri said.

After the Friday prayers, thousands of worshipers gathered at the Al-Aqsa complex. They were holding banners calling for a boycott of French products.

Earlier this month, Macron described Islam as “a religion in crisis” and announced plans for tougher laws to tackle “Islamist separatism” in France.