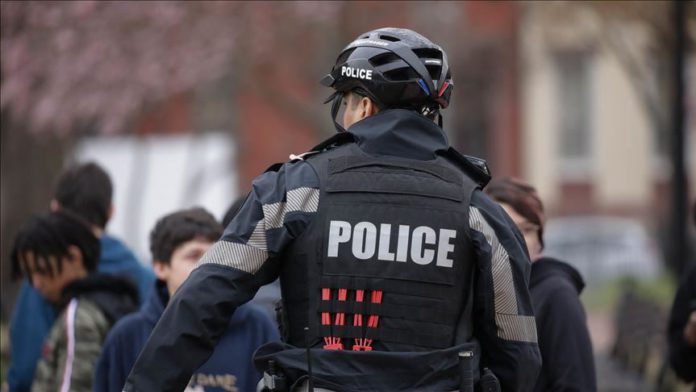 Thousands of demonstrators gathered Friday at the Lincoln Memorial in Washington D.C, capping a week of protests for racial justice and against police brutality that have erupted across the US.

On the 57th anniversary of Martin Luther King Jr.’s historic “I Have a Dream” address at the site, Reverend Al Sharpton and Martin Luther King III led the “Get Your Knee Off Our Necks” march with thousands of activists demanding police reform and racial equality.

“I want you to ask yourself: What will be your legacy?” she asked assembled demonstrators. “Will future generations remember you for your inaction, complacency, or for your empathy, leadership, for weeding out injustices?”

The mother of Breonna Taylor, who was shot and killed by police officers in her home in Louisville, Kentucky, urged spectators to vote in November.

Democratic vice presidential nominee Kamala Harris recorded a short speech that was played during the event.

It comes at a time when police brutality and use of force have sparked national outrage following killing of Floyd in May by police in Minneapolis, Minnesota. Tensions ratcheted up again following the police shooting Sunday of Blake, 29, a father of five, in Kenosha, Wisconsin.

According to the Washington Post, the protests shaped up to be the largest political gathering in Washington, with expectations of 100,000 people attending. But organizers saw a crowd of about 50,000, as coronavirus cases continue climbing nationally. Most demonstrators wore masks.