TurkishPress
Home News Those plotting against Turkey to be 'frustrated' 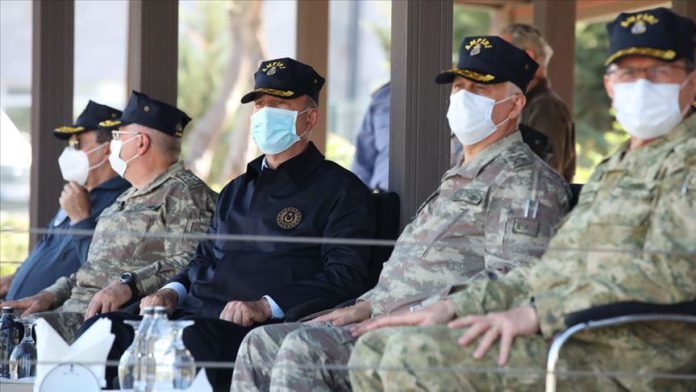 Those who are plotting against Ankara will be left frustrated, Turkey’s defense minister said Friday referring to recent developments in the Eastern Mediterranean.

Speaking at a military ceremony in the Aegean province of Izmir, Hulusi Akar said to defuse tensions in the Eastern Mediterranean some circles just need to stay quiet.

“They don’t need to do anything, just keep quiet,” he said, advising Greece not to let itself be used by others.

Touching upon Macron’s remarks, the Turkish defense minister said: “They are trying to disrupt our unity and integrity by going beyond limits.”

Bosnia to bid farewell to 19 more victims of Srebrenica genocide