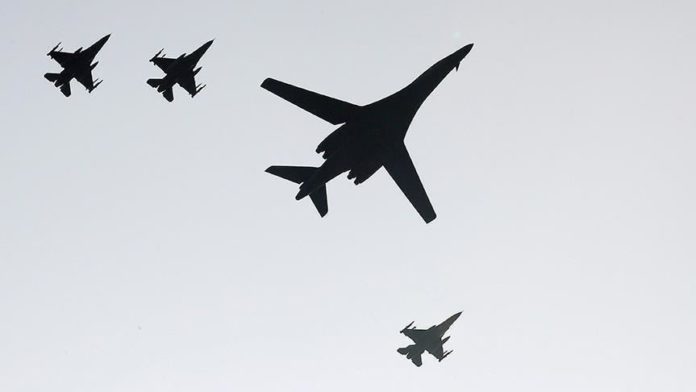 According to a report quoted by the South China Morning Post daily, around 60 US warplanes conducted “close-up reconnaissance flights” near China last month.

“The US may be preparing for future long-distance missions in the South China Sea,” said the report by the government-backed South China Sea Strategic Situation Probing Initiative (SCSPI).

The report noted an uptick in mid-air refueling activities last month, which it said could indicate that the US was preparing for future long-distance attacks against targets in the South China Sea.

“It’s unusual for the US to dispatch fuel tankers from Guam [instead of from Kadena airbase in Japan] because such operations are uneconomical and inefficient,” the report argued.

The US military has a base in the western Pacific island territory of Guam.

China and the US are engaged in a fierce contest over the South China Sea that Beijing has described as being of a “Cold War mentality.” Tensions worsened after Washington increased its engagements with Taiwan, which China claims a “breakaway province.”

Of the 60 warplanes that were recorded flying over the region, the report said 41 flew over the disputed South China Sea, six over the East China Sea and 13 over the Yellow Sea further north.

“This showed that the South China Sea region is still the US’ primary focus, but what is equally notable is that activities in the Yellow Sea region had a marked increase when compared with the sporadic activities two months ago,” the report said.

The think tank claimed that US warplanes sometimes disguise themselves as civilian aircraft or “did not turn on transponders.”

It claimed that a US Air Force plane had changed its identification code as it flew over the Yellow Sea late in September.

“[The plane] made itself resemble a Philippine aircraft, before reverting to its original number after completing its mission,” the SCSPI said.