TurkishPress
Home News 'There are no genocides, massacres in history of Turkish nation' 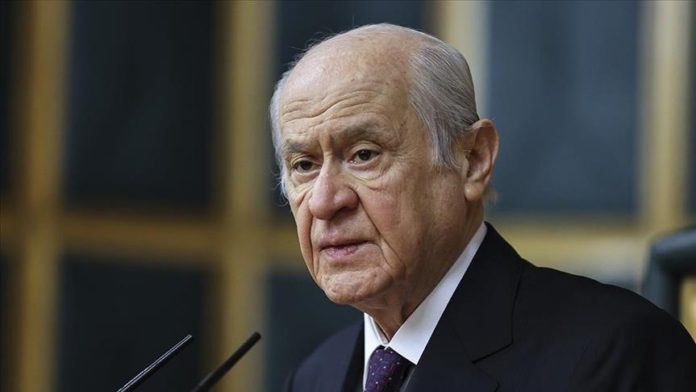 Criticizing US President Joe Biden’s remarks on the events of 1915, Turkey’s Nationalist Movement Party (MHP) leader said on Saturday that the history of the Turkish nation has seen neither genocides nor massacres.

Turkish-US relations are at risk of taking a negative turn after Biden’s “scandalous” statement, Devlet Bahceli said on Twitter.

Turkey’s history is faultless in this regard as on other issues and it owes no proof to anyone in this context, he said, adding that the slanderous campaign founded around the events of 1915 is both unfounded and untrue.

“The reason for the need for deportation (of Armenians), and the needs and national security considerations from which is arose, should be interpreted primarily in the context of the dark, bloody conditions of World War I,” he added.

History has made its judgement and the chapter of the justified, legitimate act of the state in 1915 is essentially closed, said Bahceli.

Earlier Saturday, US President Joe Biden on Saturday called the events of 1915 a “genocide,” breaking American presidents’ long-held tradition of refraining from using the term.