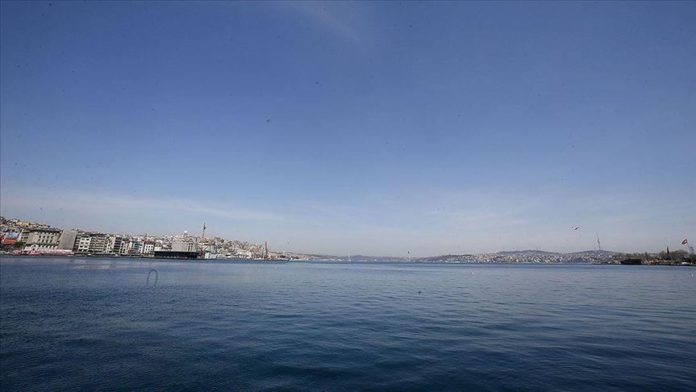 The global lockdown to stem the spread of the coronavirus or COVID-19 led to a massive drop in carbon emissions in April. Besides the fall in industrial production and closure of transportation, new commitments by some countries like Japan and Chile also contributed to reduce carbon imprints.

Although the 26th session of the Conference of the Parties (COP26) originally scheduled in Glasgow in the UK in November has been postponed due to the pandemic, many environmentalists have cautioned that the fight against climate change should not be interrupted.

Turkey’s Environment Ministry in a circular has enumerated steps taken to manage the wastewater and solid waste, as part of measures against the deadly COVID-19 outbreak.

Here is the chronology of developments related to the environment reported in April.

– The UN weather body World Meteorological Organization (WMO) expresses concern over the potential impact of the coronavirus pandemic on weather observations, noting that much of its data comes from commercial airlines whose flights have been stopped in most parts of the world.

– Authorities in Malaysia announce the seizure of over six tons of pangolin scales worth nearly $18 million — country’s biggest seizure in this year so far.

– The UN climate change conference (COP26) in Glasgow, Scotland is postponed due to uncertain times ahead amid the novel coronavirus pandemic, Alok Sharma, its president announced.

– Migratory birds benefit from lockdown measures taken against the novel coronavirus in Turkey. They continue to fly from the south to the north, according to the Izmir-based Doga Association.

– Chile commits to peaking its greenhouse gas emissions by 2025, in an updated national plan presented to the UN by the country’s environment minister.

– Hormonal changes caused by motorboat noise make clownfish strained, aggressive, and often lead them to hide and skip their meals, according to a new study published by Environmental Pollution Journal.

– Turkey’s Environment Ministry issues a circular on the management of wastewater as part of measures against the deadly COVID-19 outbreak.

– Longest animal ever, 150-foot-long (45 meters) siphonophore – stringy creature like coral is discovered in a deep-sea canyon off Australia.

– A massive oil spill is discovered in rivers of Coca and Napo, in Ecuadorian Amazon which has the potential to damage the environment and people, according to witnesses.

– Sir John Theodore Houghton, a prominent British atmospheric physicist, and climate scientist dies from a suspected coronavirus pandemic at the age of 88.

– UNDP’s Mission: 1.5 games, aiming to educate people about climate solutions, is promoted around the world.

– On the deep fall of the oil prices, 350 movement says this is a powerful example of how the fossil fuels are too volatile to be the basis of a resilient economy.

– Austria becomes the second European country to eliminate coal from electricity production after the shutdown of its last coal power plant.

– Levels of airborne particulate matter in 29 metropolitan areas of Turkey drop by 32%, according to data provided by air quality measurement stations and municipalities.

– The National Oceanic and Atmospheric Administration (NOAA) projects that 2020 will be the warmest year, beating 2016, El Nino year.

– Guinea-Bissau becomes a graveyard of vultures after an estimated 2,000 vultures were reported dead, the world’s biggest-ever vulture morality, according to Vulture Conservation Foundation.

– Coronavirus deaths in England are linked with exposure to high levels of air pollution, according to scientists, reported on Air Quality News.

– Initiated by the UN Environment Program and TED-Ed, Earth Schools start providing free, high-quality educational content to help students, parents, and teachers around the world who are currently at home due to the COVID-19 outbreak.

– Following a long campaign by environmentalists, Morgan Stanley announces it will not fund oil and gas drilling in the Arctic. The move criticized by US President Donald Trump.

– The use of big data can be part of the solution to achieve a sustainable environment while preventing the degradation of nature, according to a new study, published in the Nature Communications Journal.

– The 11th Petersberg Climate Dialogue (PCD), the first major climate ministerial meeting of the year, is held online for the first time due to the ongoing pandemic.

– Japan’s Environment Minister announces that the country will resubmit a stronger national climate plan ahead of COP26 talks.