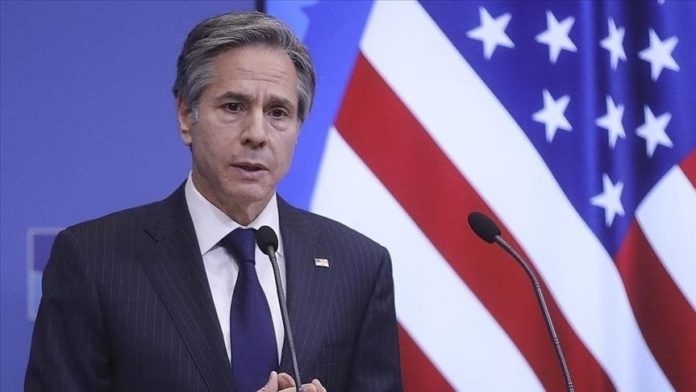 US Secretary of State Antony Blinken on Tuesday congratulated new Peruvian President Pedro Castillo for winning elections and said Washington is “eager” to work with his administration “to strengthen the U.S.-Peru relationship.”

“The United States and Peru enjoy deep bonds between our peoples, shared values, and shared interests in democracy, security, mutually beneficial trade, and respect for human rights,” Blinken said in a statement.

“Cooperation between the United States and Peru has improved public health, livelihoods, security, and environmental protections in both our countries and throughout the region,” he added.

After more than a month in suspense about election results, Peru’s electoral body confirmed Castillo as president after dismissing several appeals filed by right-wing rival Keiko Fujimori on grounds of election fraud.

Castillo, a rural school teacher and union leader, maintained a razor-thin edge against Fujimori since a second-round election was held June 6.

With 100% of the official vote counted, Castillo received 50.12% compared to Fujimori’s 49.87%, an advantage of about 44,000 votes against the daughter of former President Alberto Fujimori.

Fujimori claimed fraud because of 500,000 votes but international observers did not report irregularities in the results.

Fujimori conceded defeat on Monday but said “magistrates of the Electoral Jury will validate a process full of irregularities that unfortunately will generate serious consequences in our country.”

Peru has been immersed in political turmoil with four presidents in the last five years.

Last year, Congress pushed through an impeachment process against former President Martin Vizcarra, which forced him to step down.

The election took place amid a deep economic and social crisis as the nation struggles to stem a coronavirus surge. Two million people have lost jobs during the pandemic and nearly a third now live in poverty, according to official figures.

Castillo will assume power on July 28.