TurkishPress
Home News The collapse of the Monolith and the Montenegrin spring? 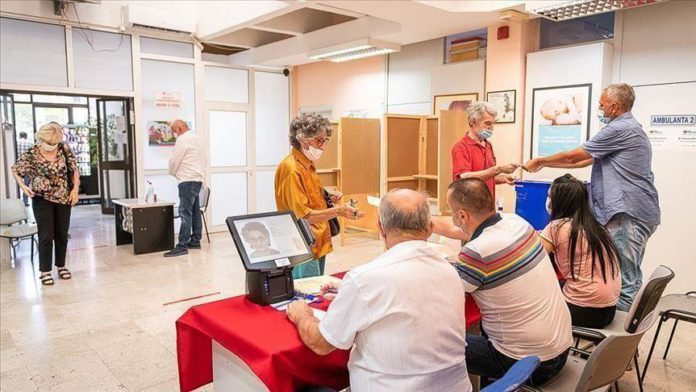 – The writer is a scholar of comparative politics of ethnicity and nationalism, with a regional focus on Balkan/Southeast European countries. He received his PhD in Political Science from Koc University. His articles have been published in leading area studies journals, such as Mediterranean Politics.

In my last analysis [1] penned before the Sunday’s parliamentary polls in Montenegro, I argued that it would be difficult to break the thirty-year uninterrupted rule of the communist successor party DPS for three main reasons: because of the deep polarization caused by the adoption of the Religious Freedom Law in December 2019, the failure of the opposition parties to form a united front, and DPS’ vast resources and clientelistic network in Montenegro’s exceptionally small electorate.

Quite unexpectedly though, the religious law and the societal polarization it caused backfired immensely for Milo Djukanovic as it led to greater support than ever for the Serbian opposition and condemned DPS to one of its worst electoral performances ever (very similar to the 2002 general elections).

The very high turnout rate (around 77 percent) in itself is indicative of the deep polarization that had engulfed Montenegrin society.

Indeed, until now this turnout rate is surpassed only by the 21 May 2006 independence referendum, during which a staggering 86.5 percent turnout rate was recorded.

Additionally, these were the first elections in which the powerful Serbian Orthodox Church (SPC) in Montenegro came out publicly in support of the Serbian coalition and asked Montenegrin citizens to vote for it.

As far as election results are concerned, DPS won the largest percentage of the national vote and number of seats, 35 percent and 30/81 seats, and it can count on 10 more seats won by its traditional allies (two Social Democratic parties, two Albanian coalitions, and the Bosniak party), but altogether they are still one seat short of forming a majority (i.e. 40/81).

On the former opposition camp, the runner-up is a coalition of Serbian parties led by the Democratic Front (DF), including also the small Serbian Radical Party led by the convicted war criminal Vojislav Seselj, that won 32.54 percent of the votes and 27 seats.

The two remaining civic Montenegrin coalitions, “Peace is our nation” led by Aleksa Becic’s Democrats and the “Black on white” coalition led by URA, won 10 and 4 seats respectively.

Altogether, the combined seats of the three opposition coalitions (41/81) surpass those of DPS with its traditional allies (40/81), and hence the monolith (i.e. DPS) lost the majority in parliament for the first time after 30 years of uninterrupted rule.

To be sure, this is not the first time the combined opposition seats exceed those of DPS and its allies.

In the 2002 parliamentary polls also, DPS and its allies lost the majority in parliament, but then the kingmaker was the staunchly pro-independence Liberal Alliance of Montenegro (LSCG) which, after much hesitation, finally decided to throw its weight behind the DPS minority government.

Today however, the kingmaker is a small civic pro-Western party (URA) formally led by an ethnic Albanian, Dritan Abazovic, who, as soon as the State Electoral Commission announced the preliminary results, declared that URA would join DF and the Democrats in forming a “government of experts”.

Indeed, the next day after the elections, Abazovic met with the leader of the Serbian coalition, Zdravko Krivokapic, and Aleksa Becic and the three announced that they had agreed on four basic principles for the future coalition government: respect the international agreements signed by the previous government, most notably NATO membership; work toward Montenegro’s EU membership; formation of a “government of experts”; and last but not least, commitment to the rule of law, fight against corruption, and changing discriminatory laws, especially the December 2019 religion law.

So yes, the DPS for the first time in 30 years lost parliamentary majority, the opposition coalitions have preliminarily agreed on the formation of a coalition government, opposition supporters are celebrating with songs throughout Montenegro, and opposition representatives brag that after these elections Montenegro is the only real frontrunner for EU membership in the Western Balkans.

Yet, has the monolith really collapsed? Can we already talk of a Montenegrin Spring?

Where is Montenegro heading?

Undoubtedly, the brightest side of Sunday’s election results and the best news for democracy supporters in Montenegro is the fact that DPS lost parliamentary majority and this might be the end of the thirty-year-long one-party rule in Montenegro.

The concerning trends of state capture, organized crime, and corruption that have accompanied DPS throughout its long rule may now be reversed.

Indeed, it is a well-established empirical pattern in comparative democratization studies that the removal of the formal communist party and its elites from power is a pre-requisite for democratization.

However, the current situation in Montenegro is not the black-and-white one it seems to be.

While there is certainly room for joy, there are also several disquieting trends. Hence, one needs to read the election results more cautiously.

To start with, DPS has not formally renounced power yet.

It is true that it lost majority, but it is still the party that captured the largest number of seats and, per constitutional procedures, the mandate to form a new government will be firstly handed to DPS.

As together with its traditional allies it is only one seat short of forming a majority, DPS may well resort to several tactics to secure that additional seat, such as co-opt opposition deputies, bribe them, intimidate them.

Only if DPS fails to secure that additional seat, then the mandate to form the new government will be given to the runner-up party, that is the DF-led Serbian coalition.

Second, even if the three opposition blocs succeed in forming a coalition government and send DPS to opposition for the first time, there is no guarantee that this bodes well for a multi-ethnic and Euro-Atlantic future for Montenegro.

The new majority, if formed, will be dominated by the great Serbian nationalist, anti-minority party DF, that denies the Serbian genocide and war crimes committed in Bosnia and Kosovo, opposes Montenegro’s NATO membership, and does not recognize Kosovo’s independence.

Equally important, it is very questionable whether DF’s two other coalition partners, primarily the kingmaker URA (which got only 5 percent of the vote), will have the will and political strength to rein in DF’s extremist vision.

DF and its two coalition partners hold diametrically opposed views on almost every significant political question in the country and what brings them together is nothing other than hatred and enmity toward DPS and Milo Djukanovic.

And let’s not forget, DF’s great support in Sunday’s election came about mostly because of identity-related issues and the support Serbian Orthodox Church gave to it, not because of DF’s anti-corruption and anti-crime rhetoric.

In brief, if the major reason to oppose DPS rule in Montenegro is its authoritarianism and entanglement in crime and corruption, it is very doubtful that DF will be better in this respect.

The prospect of a future DF-led coalition government is also concerning in terms of its potential adverse implications for ethnic peace and harmony in Montenegro.

Indeed, after the announcement of the preliminary results of Sunday’s elections, a number of disquieting Islamophobic and anti-minority incidents occurred.

One of the attacked Bosniak citizens in Pljevlja stated that opposition supporters were chanting slogans like “Turks move out from here or you will be exterminated”.

Again in Pljevlja, two days after the elections, the Islamic Community building was vandalized and a message reading “Pljevlja will be Srebrenica” was thrown into the building.

The Islamic Community in Pljevlja then in an official statement, calling out Dritan Abazovic for his collaboration with the Serbian coalition, declared that the post-electoral atmosphere in the city resembled that in 1992 when Muslim citizens lived in constant fear because of the Serbian/Chetnik militias.

After these attacks, on Sept. 2, all three leaders of the prospective coalition government, Krivokapic, Becic, and Abazovic, visited Pljevlja in an attempt to soothe the tensions.

Becic and Abazovic announced that they would patrol and protect the Husein Pasha Mosque and other Islamic Community buildings, whereas members of the Serbian coalition staged a protest in front of the police station in Pljevlja and accused the police and Djukanović for the anti-Muslim attacks in the town, holding a banner that read “if needed these days, we will defend Islam with you”.

The predominant narrative among all three opposition blocs is that it is Djukanovic and his local proxies who are orchestrating such anti-Muslim incidents in order to create an atmosphere a fear that will discredit the opposition and present it as a source of domestic threat.

This might be possible and indeed makes sense politically for Djukanovic, however, as the distinguished Montenegrin political analyst Ljubomir Filipovic points out, the post-election anti-Muslim attacks in Pljevlja do not seem to be orchestrated.

They are more the result of a month-long opposition propaganda that has portrayed and vilified ethnic minorities in Montenegro as “regime collaborators”.

This again makes sense since, after all, many DF supporters and party members have a criminal past from the 1990s mass atrocities in Bosnia and they are still proud of this past.

Moreover, the massive display of Serbian flags and singing of Chetnik songs in the streets of Podgorica (and other Montenegrin cities) on election night by opposition supporters is another genuine expression of DF’s extremism and they do not seem to have been orchestrated by the DPS.

To conclude, while Milo Djukanovic and the DPS are certainly not a model of democracy and good governance, it is hard to see the great Serbian nationalist-dominated opposition victory in Sunday’s election as a long-awaited democratic breakthrough and a Montenegrin Spring.

If anything, a DF-dominated coalition government may have quite adverse implications for ethnic peace domestically, for regional stability, and for Montenegro’s Euro-Atlantic integration geopolitically.

Last but not least, let’s not forget that Milo Djukanovic will be Montenegro’s president until 2023 and there is no question that he will make use of every opportunity to make life unbearable for the new DF-dominated coalition government, if it indeed ever succeeds to take off.

Under these conditions, Montenegro may be heading for a deep political crisis.

Conflict in Yemen has displaced nearly 41,000 people since January

'Turkey will work out use of airspace in Idlib, Syria'