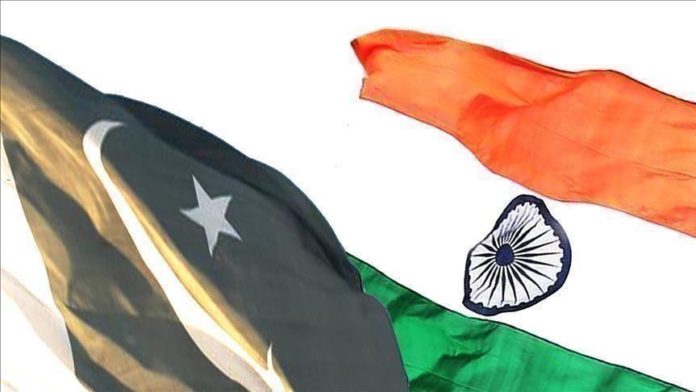 United Arab Emirates-brokered backdoor diplomacy has brought a thaw in otherwise mounting tensions between nuclear-armed Pakistan and India, but it is no more than a “tactical move,” say local experts.

Senior Pakistani and Indian intelligence officials held a series of secret meetings in Dubai in January this year in an attempt to stem the escalating tensions along the Line of Control (LoC), a de facto border that divides the disputed Kashmir valley between the two neighbors.

Last month, the two militaries agreed to honor the 2003 cease-fire along the LoC, followed by an exchange of letters between the two premiers, which was widely viewed as an outcome of the backdoor diplomacy.

The UAE’s ambassador to the US, Yousef Al Otaiba, confirmed Wednesday that the Gulf state is mediating between New Delhi and Islamabad to help them reach a “healthy and functional” relationship.

Addressing a virtual session with Stanford University’s Hoover Institution, Otaiba said his country had a role behind the cease-fire at the Kashmir border, which hopefully ultimately would get relations back to a “healthy level.”

“The ongoing cease-fire [at the Kashmir border] is certainly the outcome of the backdoor diplomacy, which is benefitting Kashmiris living on both sides of the border,” retired Lt. Gen. Talat Masood, an Islamabad-based defense analyst, told Anadolu Agency.

“But this is all merely tactical. How long this (thaw) survives, we’ll have to wait and see,” said Masood, who served in the Pakistan Army from 1952 to 1990.

This, he added, is not the first time that back-channel contacts have helped ease tensions between the two arch rivals.

“It has happened on several occasions, “ he said.

Echoing Masood’s view, Ikram Sehgal, a Karachi-based defense and security expert, appeared to be skeptical about the significance of the latest developments.

“One should try to be optimistic about these developments, which, although, are not very significant,” he maintained.

Relations between India and Pakistan plummeted to a new low after August 2019, when India scrapped the longstanding special status of Jammu and Kashmir, prompting Islamabad to downgrade its diplomatic ties with New Delhi.

Islamabad says the normalization of ties with New Delhi is linked to a review of the Aug. 5 decision and ultimate resolution of the Kashmir dispute.

‘No change in stance on Kashmir’

Masood does not see any change in both countries’ stand on Kashmir following the back-channel diplomacy.

“There is a zero chance of change in India’s current position on Kashmir. It will not reverse its August 2019 decision because it feels that Pakistan cannot do anything except for diplomatic lobbying,” he went on to argue, adding “New Delhi is more interested in talks on trade, business and tourism, whereas Islamabad’s focus is on Kashmir.”

“India will be happy with backdoor or open diplomacy as long as it serves to maintain the current status on Kashmir,” he further said.

“In my opinion, open and backdoor diplomatic contacts will continue, however the level of flexibility to resolve the disputes is the most important factor to watch.”

Sharing a similar view, Sehgal, who is editor of a local defense magazine, Defense Journal of Pakistan, said New Delhi’s “downplaying” of actual issues with Islamabad is the main hurdle in the normalization of ties.

The two experts believe that normalization of ties between Pakistan and India will benefit both countries but may offend Islamabad’s longtime ally China.

“Normalization of ties [with Pakistan] will help India focus on China and the economy, whereas it will benefit Islamabad in terms of trade and the economy,” Masood said, adding that the move, however, may irk China, which sees India as a US proxy in the region.

Sehgal said “China is our diehard supporter on Kashmir and other issues. We cannot afford to displease it at the cost of relations with India.”

India and China confront each other along the Line of Actual Control (LAC), a de facto border line between the two nations in the Ladakh region of the disputed Jammu and Kashmir region, where 20 Indian soldiers were killed last June.

Border tensions between the two countries span over seven decades. China claims territory in India’s northeast, while New Delhi accuses Beijing of occupying its territory in the Aksai Chin plateau in the Himalayas, including part of the Ladakh region.

“This is all not as simple as it seems. Many geopolitical and geoeconomic factors are involved in this process,” said Masood.

“We may say it’s another good beginning, but a rocky terrain lies ahead.”