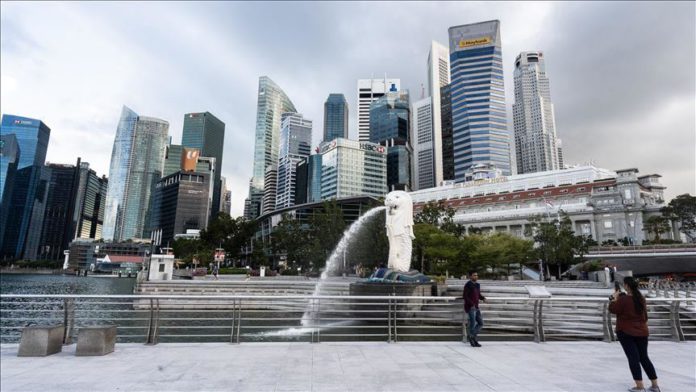 Thailand will start easing measures enforced to stem the spread of COVID-19 from May 3, including reopening cafes and markets, the government announced on Thursday.

Some businesses and recreational activities will resume from this Sunday with strict guidelines to avert a new wave of coronavirus infections, the National News Bureau of Thailand reported.

The businesses include markets, restaurants and cafes, hair salons and barbershops, and pet grooming and boarding services.

Parks and outdoor sports venues will also be opened to the public, more than a month after a nationwide state of emergency was imposed on March 25

Dr. Thaweesilp Wisanuyothin, spokesperson for Thailand’s Centre for COVID-19 Situation Administration (CCSA), said the relaxation will be for an initial period of two weeks.

“We’ll then spend 14 days to observe and assess the situation. If the numbers of new infections remain stable … we’ll then be able to include more businesses and activities in the relaxation,” he said at a news conference.

However, he warned that the decision would be reversed if there was a rise in cases during the two-week observation period.

Separately, the head of Thailand’s railways said services on some routes had been resumed as the nationwide emergency ended on April 30.

Seven more COVID-19 cases were confirmed in the country on Thursday, bringing the overall count to 2,954.

With no new fatality reported, the death toll remained at 54 and recoveries are at 2,687.

Philippines reported 276 new cases on Thursday, which brought the total to 8,488.

According to the country’s Department of Health, 1,619 medical workers have tested positive for COVID-19 across the country.

Another area of concern in the country is the prison system.

According to a report by Rappler.com, there is growing unease over treatment of inmates at New Bilibid Prison, located near the capital Manila.

The report cited documents that revealed a “high number of deaths from March 4 to April 24” at the facility.

The country’s Bureau of Corrections, which manages the prison, has offered no explanation so far.

Meanwhile, the Foreign Ministry said on Thursday that 1,700 citizens abroad have now tested positive for COVID-19, while the death toll is up to 203.

The number of coronavirus cases in Singapore reached 16,169 on Thursday after 528 more people tested positive.

The Health Ministry said only six of the new patients are permanent residents of Singapore, and most are work permit holders residing in dormitories.

In his May Day speech on Thursday, Prime Minister Lee Hsien Loong said Singapore’s economy “have to open up step by step, and not all at once”, local daily The Straits Times reported.

He said reopening the economy will not be a simple task and some sectors may have to wait longer than others.

“Some industries will open up earlier than others, and recover sooner … Other sectors will have to wait, especially those which attract crowds, or involve close contact with other people, such as entertainment outlets and large-scale sporting events,” said the premier.

He also urged businesses and workers to put up a united front to overcome the effects of the COVID-19 pandemic.

“Workers must accept wage sacrifices to keep businesses going. And employers must make every effort to keep their workers, and help them through this difficult period,” said Lee.