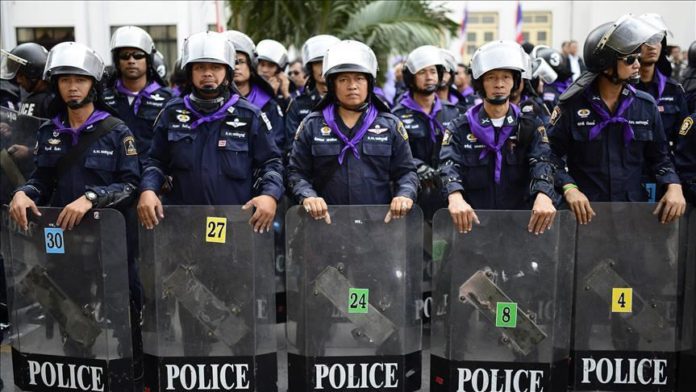 Thai security agencies believe that an anti-government rally planned by students for Saturday will not see a large turnout and will remain peaceful, a local daily reported on Wednesday.

A government source said there was no cause for concern over the planned demonstration at Thammasat University’s Tha Prachan campus in the capital Bangkok, with no more than 20,000 people – same as the Aug. 16 protest at Democracy Monument – expected to attend the rally, according to Bangkok Post.

Since mid-July, a coalition of Thai youths, students, and political activists has staged a series of anti-government protests.

Initially against the impact of the coronavirus outbreak and lockdown, the protests have spread nationwide and also include demands for reforms in the monarchy.

The movement also calls for the resignation of Prime Minister Prayuth Chan-o-cha, dissolution of parliament, and the freedom to criticize the government.

“It is unlikely that the protesters will be tough enough to camp out for long periods like the now-dissolved People’s Democratic Reform Committee or the red-shirt United Front for Democracy against Dictatorship (UDD),” the daily quoted the source as saying.

The source said violence is unlikely to occur as security agencies believe that if the protesters plan to camp out, it will be for no more than a night and not many people will take part.

“Violence must be instigated by professionals. But these student-led protesters are not in the same league,” the source added.

Stithorn Thananithichote, an academic at the Research and Development Office at King Prajadhipok’s Institute, concurred with the view, saying he believed nothing much would happen during the planned rally, the report said.

He noted the rally is being organized by the United Front of Thammasat and Demonstration (UFTD), with Parit Chiwarak, who was arrested last month, among the student leaders.

He said the UFTD is not a major group and acts separately from other formal student organizations.

Some of the other groups do not agree with the UFTD’s 10-point manifesto, including demands for reform of the monarchy, he added.

According to Stithorn, given the UFTD’s lack of sway over other student groups, Saturday’s rally is unlikely to see a turnout as large as previous demonstrations led by the Free People Group and the Student Federation of Thailand.

Jade Donavanik, a legal expert and former adviser to Thailand’s Constitution Drafting Committee, said the demonstration was initially expected to be joined by “mature and seasoned” leaders join the rally, according to the daily.

The report said Jatuporn Prompan, chairman of UDD, had previously hinted at joining the protest as long as UFTD leaders avoid commenting on the monarchy.

However, Jade said UFTD leaders, particularly Parit, are known to be independent-minded and hard to control.

“Parit has been engaged in student activism since he was a high school student. He, along with only a few friends, came out to protest against the coup-makers after the May 2014 putsch,” the daily quoted Jade as saying.

He added that a fairly large number of people are expected to attend Saturday’s rally, and police must exercise a degree of patience.

He urged the Thammasat University administration to ensure that the ban on student gatherings this Saturday is strictly enforced.